Some of the oldest accounts of forgiveness can be found in the Hebrew/Jewish, Christian, Muslim, Buddhist, Confucian, and Hindu texts. Forgiveness has a positive presence in all of these religions and philosophies.

Forgiveness in the Bible

The word “forgive” occurs 81 times in the whole of the Bible, notes Robin Sam, editor of India’s Christian Messenger website. “Forgiveness” occurs 124 times, “forgiving” occurs 11 times, “forgiven” occurs 61 times and “forgave” occurs 13 times. Together, they make about 290 verses on the topic of forgiveness in the Bible.

In Colossians 3:13, the apostle Paul encourages us to, “Be gentle and ready to forgive; never hold grudges. Remember, the Lord forgave you, so you must forgive others.” Here is a  list of Bible verses on forgiveness. From the website What Christians Want to Know, here are “5 Bible Lessons About Forgiveness” and “What Does the Bible Say About Forgiveness.”

Pope Francis is the leader of the Catholic Church, the world’s largest Christian

denomination. His daily addresses at St. Peter’s Square regularly highlight the importance of forgiveness. Here is his Twitter feed from Dec. 26, 2020: “We too can change evil into good each day. Loving actions change history: even the ones that are small, hidden, everyday. For God guides history through the humble courage of those who pray, love and forgive.”

and nations. “Forgiveness is not a denial of wrong-doing, but a participation in the healing and transforming love of God which reconciles and restores,” Pope Benedict said in an April 30, 2012 message to the Pontifical Academy of Social Sciences. “Historic wrongs and injustices can only be overcome if men and women are inspired by a message of healing and hope, a message that offers a way forward, out of the impasse that so often locks people and nations into a vicious circle of violence.”

In his message, Pope Benedict encouraged the Academy to explore the legacy and lessons of Pope John XXIII’s 1963 encyclical “Pacem in Terris” (Peace on Earth). In that “letter to the world,” Pope John wrote, “The world will never be the dwelling-place of peace till peace has found a home in the heart of each and every human person.” Read more about Pope Benedict’s message on forgiveness, “Pope Benedict says forgiveness is key to global peace.”

The Church as Forgiving Community

We are currently trying to innovate an idea that we call “The Church as Forgiving Community.” By this we mean that a group of people can do extraordinary things with forgiveness that one person alone cannot. For example, the community can preserve the knowledge of forgiveness for many generations. The community can establish norms that hold up forgiveness as valuable for all or many to see and appreciate. The community can help preserve the value of forgiveness when any given individual’s will to do so gets weak. This can occur in a synagogue or mosque as well as in a church. We use the word “church” because that is what we happen to know best.

What might be involved in your place of worship becoming a “Forgiving Community”? We recommend that three people (at least) come together with the strong will to keep the idea of person-to-person forgiveness in front of the people in your place of worship. Even with such a small number, you can do great things. Here are some examples in a church setting:

Publications From the IFI

Dr. Enright and Chad Magnuson propose a three-tiered holistic psycho-educational approach called “The Forgiving Communities,” that targets three interdependent categories: the family, the school, and the Church. Their research paper on the subject was published in the Journal of Psychology and Theology (2008).

We have done countless scientific studies while helping people to “bear the pain” of injustice and to give the gift of empathy and compassion toward the injuring person. The paradox of forgiveness is that as the forgiver bears the pain on behalf of the other person, the forgiver experiences emotional healing. 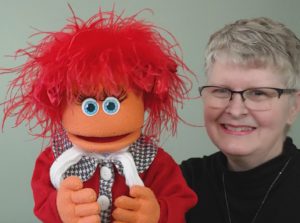 And as Dr. Enright outlines in his presentation, Forgiveness as Redemptive Suffering, “As a person suffers because of another’s injustice, the one who suffers in forgiving is entering into redemptive suffering for that other person.” That redemptive suffering is an expression of love.“

In order to suffer well, you need to love,” says Mary Lou Coons, who founded the Puppets

for Peace Foundation as an outlet for the trauma of her brain and spinal cord impairments. “When suffering is accepted with love, it is no longer suffering, but is changed into joy.” That kind of love can grow into “an unceasing act of love from the heart” Coons adds, by following The Littlest Way of Love (from the writings of Sr. Consolata Bertrone). The Foundation’s mission is “spreading peace, love and joy to others.”

“Sometimes it takes a song to make us really listen to the message,” says freelance writer and Christian blogger Pam Williams. “Songs about forgiveness are a great way to reflect upon the grace and mercy that our Heavenly Father offers to the whole world.” Pam, who with her pastor-husband serves at Selah Mountain Ministries in Albuquerque, New Mexico, has compiled her Top 10 Songs About Forgiveness. Access the songs, lyrics, and background on the performers at the popular website What Christians Want to Know.

Forgiveness: the Keystone of Human Values

“Forgiveness can be one way to reduce conflict and hostility, as well as to promote understanding and respect, to diminish unresolved hurt and pain that burdens many. Forgiveness is a choice, a decision, an act of bravery requiring courage; it is hard work.”

That summation of forgiveness is the culmination of Fr. Brian Cavanaugh’s 19-years of forgiveness study. A member of the Franciscan Friars, Third Order Regular (TOR), Fr. Cavanaugh has written a scholarly yet intriguing a

nd entertaining treatise on forgiveness. It was published earlier this year as a 2-part series by Pioneer Magazine and can be accessed through this link:

“Forgiveness: the Keystone of Human Values”

What’s the Difference Between Agnosticism and Atheism?

Find the answer to that question and much more by comparing the basics of virtually every major religion in the world at “Agnostic vs Atheist.” Compare the basic tenents of Buddhism, Christianity, Hinduism, Islam, Judaism and more using the lists and chronicles at the very bottom of the page linked just above.