There are literally hundreds of organizations working to stop texting and driving. At the International Forgiveness Institute, we know it’s going to take a group effort to raise awareness and start making an impact. By joining forces with others we are empowering these groups with tools to be as effective as possible. Here are a few featured safety organizations that are fighting distracted driving: 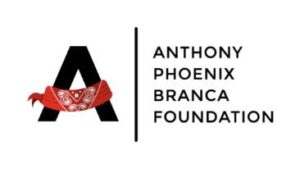 The Anthony Phoenix Branca Foundation is dedicated to raising awareness on the consequences of distracted driving. We’re on a mission to educate drivers, save lives, and end this deadly epidemic. In addition to anti-distracted driving initiatives, the APB Foundation seeks to strengthen the local community through charity and outreach, while doing good deeds and “random acts of kindness” in the name and memory of Anthony Phoenix Branca.

Drop the “A” Word: In the “crash victim community”, the word “accident” is taboo when referring to crashes of this nature. People make a choice to pay attention to the road. When they CHOOSE not to do so, and someone is injured or killed as a result, it’s not an “accident” – it’s a crash. You can learn more about this campaign to “Drop the A word” here: http://droptheaword.blogspot.com/

Drive carefully… It’s not only cars that can be recalled by their Maker.

A Promise to Adam is a safe-driving campaign started by the family and friends of Adam London, a 17-year-old Newton High School (Massachusetts) student who was killed in a distracted driving motor vehicle crash on August 23, 2010. “Because he was taken from us too soon, and because he need not have died, we are channeling our sorrow into this movement, the Promise to Adam campaign. It started as a simple plea, from Adam’s mother and father, to his many friends who gathered together the day after he died. They said simply, ‘Promise us, please promise us, that you will wear a seatbelt, that you won’t speed, that you won’t engage in risky behavior when you drive, that you will stop your friends from doing this. We cannot bear to see another family go through this grief.’ And from this plea, a movement was born.

“We ask that all young drivers sign a pledge form making their Promise to Adam. Discuss this with your parents; educate yourself about the dangers of risky driving. Send your Promise to us. Consider it a contract, follow its dictates, honor Adam London by honoring your pledge — so that he will not have died in vain. We encourage you to please sign the pledge to end distracted driving. Make the Promise.“

For teens just learning to drive, car crashes are the No. 1 cause of death.

The Conor Lynch Foundation has been established to support new and existing programs that raise awareness and promote the safety of runners, pedestrians, cyclists and young drivers in honor of Conor Lynch (1994-2010). We do not stop at what are considered typical distractions like texting, eating, using your phone or interacting with passengers. In our opinion, anything that takes your eyes off the road, challenges your cognitive abilities and slows reaction times, is a distraction and a danger. We believe supporting organizations that promote the safety of runners, pedestrians, cyclists and all drivers is the best way to reach the ultimate goal of Super Safe Streets. Join us in Conor’s Cafe, a neighborhood place filled with like people who have all been touched one way or another by distracted driving.

The International Forgiveness Institute is on a mission to reduce the personal and social costs of aggressive, distracted, drugged and drunk driving. 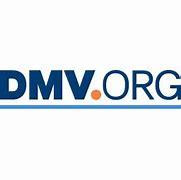 At DMV.ORG, we want to make your life simpler. Our highest aim is to help transform the automotive and transportation industry in the U.S.—not only by automating DMV services and providing the best driver-related information and services online, but also by investing our resources in safe driving and green transportation initiatives that have the capacity for real systemic impact. We are committed to creating safer roads, a healthier planet, and happier people. We take information found on each state’s DMV site and condense it down, so you can access what you need from one convenient place. This is a privately-owned website not owned or operated by any state government agency. Our goal is to complement the state agencies. We believe that by helping you find the forms, facts, and information you need, we lessen the stress and strain on state DMV agencies. We aim to shorten lines, reduce calls, and increase the number of informed consumers at the DMV office—which helps everyone stay happy. Easily accessed information for each state.

The National Safety Council eliminates preventable deaths at work, in homes and communities, and on the road through leadership, research, education and advocacy.

You can make a difference in safety. The National Safety Council Safety Ambassador Program encourages individuals to bring safety back home and into their communities to keep their friends, neighbors and loved ones safe. The program emphasizes the use of NSC materials, tools and resources for Safety Ambassadors to reach the public and save lives. Safety Ambassadors can make a difference in large and small ways, from organizing a community education event on the dangers of impaired driving to ordering Warn-Me labels that initiate patient-doctor discussions on the effects of opioid medications. There were more than 40,000 motor vehicle fatalities in 2017, and more than 1,000 people were injured daily by distracted drivers.

Currently, 47 states ban text messaging for all drivers at all times; 16 states prohibit all drivers from using hand-held cell phones while driving.

Put On The B.R.A.K.E.S. (Be Responsible And Keep Everyone Safe) is a non-profit 501(c)3 whose mission is to prevent injuries and save lives by training and educating teenage drivers and their parents about the importance of safe and responsible driving. When NHRA drag racing star Doug Herbert lost his two young sons, Jon and James, in a tragic car crash in January of 2008, his grief led to his resolve to create a driving program which would help keep other families from experiencing similar heartbreak by teaching young drivers more conscientious and confident skills behind the wheel. Originally, Herbert’s intentions were to train his sons friends and to give them additional advanced behind the wheel skills and increase their decision making ability in a vehicle. In 2008, his first year of providing training, Doug focused on training Jon & James’s friends and 50 teens were trained. The word soon spread and requests came to Herbert from hundreds of other parents wanting this same type of life saving training for their teen drivers, so Herbert made the decision to expand the program with the new goal of training every teen driver. He then created B.R.A.K.E.S. which provides free advanced driver’s education in a program entitled the B.R.A.K.E.S. Teen Pro-Active Driving Curriculum. The school is designed for teenagers, ages 15-19 (16-20 in NC) who already have a learner’s permit or driver’s license and have at least 30 hours of driving experience. 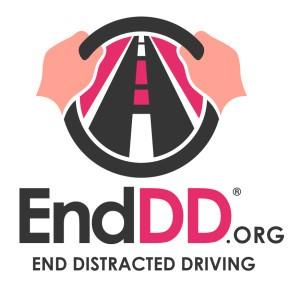 Twenty-one year- old Casey Feldman (pictured at right) was struck and killed by a distracted driver in July, 2009 in Ocean City, NJ. She was crossing the street in a crosswalk during daylight hours at an intersection governed by 4-way stop signs. She was ¾ of the way across the street, yet the driver claimed that he never saw her. He was distracted and was looking away from the road and reaching for an object.

Joel Feldman, Casey’s father says: “Since my daughter Casey was killed by a distracted driver in 2009, I have worked to develop distracted driving presentations for all age groups: high school to college students and “adults.” Through my organization, EndDD.org (End Distracted Driving), over the past seven years I have personally given presentations to more than 100,000 teens and college students and about 20,000 adults over the age of 40. I have also worked directly with high school and college students on specific road safety projects. These students are affiliated with the premiere student leadership organizations in the country, SADD, FCCLA and NOYS. Some of these students have become part of an informal advisory committee for me. I run ideas by them, listen to their thoughts and in exchange, I am better able to communicate safe driving messages to students. I have nothing but respect for my millennial think-tank, and the students I have given presentations to. To what may be a surprise for some, I find they are hard-working, polite, engaging, curious and sincerely committed to helping others. Watch a livestream school presentation by Joel Feldman.

On average two in three people will be involved in a drunk driving crash in their lifetime. (NHTSA) 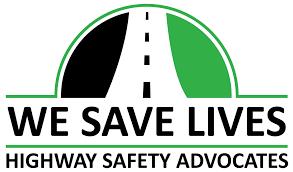 Candace Lightner, founder of both We Save Lives and Mothers Against Drunk Driving (MADD) is recognized nationally and internationally as the moving force behind reshaping the nation’s attitude toward drunk driving. She has been credited with saving more than 400,000 lives since her 13-year-old daughter, Cari, was killed by a multiple repeat offender drunk driver who threw her 125 feet and left her in the road to die. As MADD’s Chief Executive Officer, President and Chairman of the Board, Lightner masterminded MADD from a small California grass roots organization into an international corporation with more than 400 chapters worldwide and an annual budget of over 12 million dollars. Under her leadership, MADD’s membership base grew to more than two million. Ms. Lightner’s political acumen led to the successful passage of more than 500 bills at the state and national levels, including legislation raising the drinking age to 21. She founded We Save Lives in 2013, as a representative voice on highway safety issues, focusing on the 3 D’s–drugged, drunk and distracted driving. We Save Lives works with more than 60 partners at the local, state, national and international levels, to reduce deaths and injuries on the highways.