What is Distracted Driving?

Distracted driving is any activity that diverts attention from driving, including…

Texting is the most alarming distraction. Sending or reading a text takes your eyes off the road for 5 seconds. At 55 mph, that’s like driving the length of an entire football field with your eyes closed.

You cannot drive safely unless the task of driving has your full attention. Any non-driving activity you engage in is a potential distraction and increases your risk of crashing. Drivers talking on phones, hand-held or hands-free, miss seeing up to 50% of what is around them–like other drivers, pedestrians, bicyclists, children.

Distracted Driving Awareness Month in April is a united effort by scores of traffic safety organizations, including the International Forgiveness Institute, to recognize and eliminate preventable deaths from distracted driving. Join us by getting your free “DRIVE FOR OTHERS’ LIVES” bumper sticker to help eliminate driving distractions and save lives.

The National Highway Traffic Safety Administration (NHTSA), a federal agency under the Department of Transportation, documented more than 3,000 car accident deaths in the US in 2019 caused when the driver was distracted. Here is an excellent article about the consequences of distracted driving and how simple changes can help you stay alive while driving: Everything You Need to Know About Distracted Driving.

Another excellent source of statistics and infographics, particularly on texting and driving, is the website SensibleMotive that specializes in “everything vehicle-related.” Read a newly-updated report 79 Statistics and Facts to Help You Hang Up. 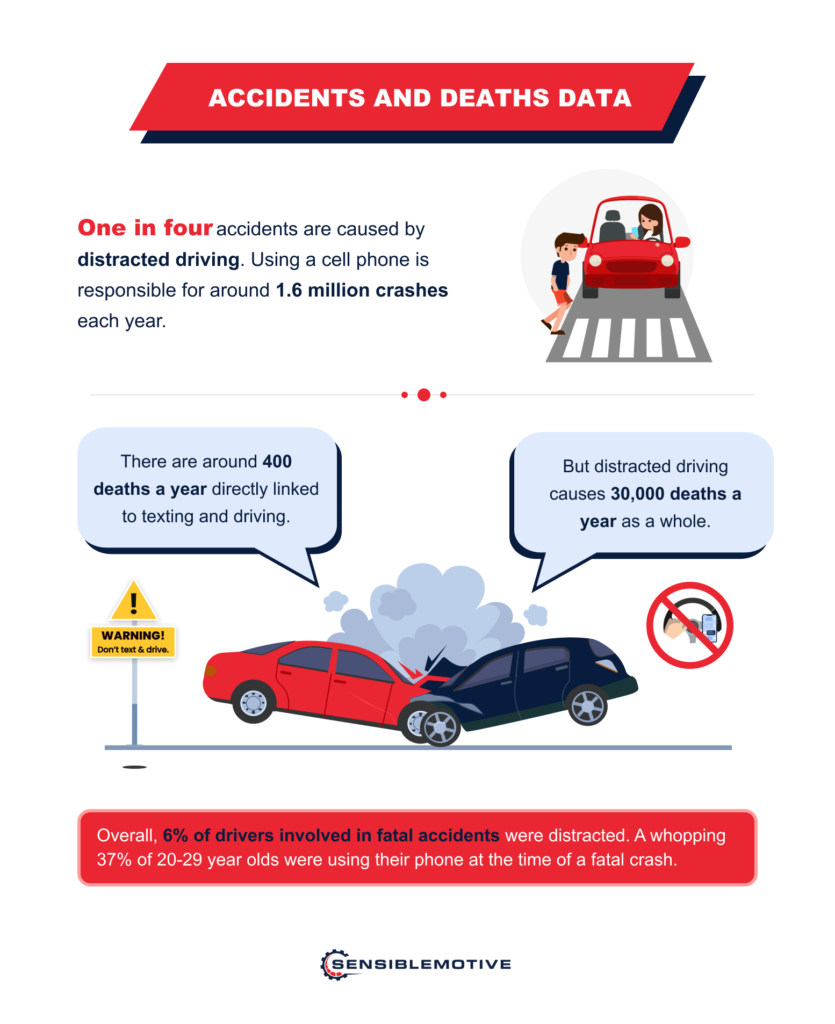 Hang Up and Drive to Save Lives! Jacy Good’s Tragic But True 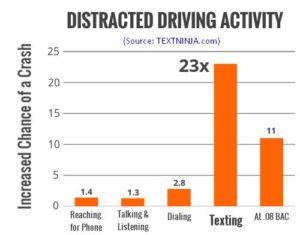 Every year in the United States, approximately 3,500 people lose their lives to cell phone-related car crashes. Such a death rate qualifies as an epidemic. An inspiring couple is traveling the country educating people of all ages on the dangers of distracted driving and saving lives through their movement, Hang Up and Drive. Here is the story of Jacy Good and Steve Johnson:

Jacy Good’s life changed forever on her college graduation day. She was finishing college with the love of her life and a job lined up with AmeriCorps. Following the ceremony, Jacy and her parents were about halfway back to her hometown when tragedy struck. Their station wagon was hit by an 18-wheeler that had swerved to avoid a teenage driver using his phone on speaker mode and attempting to turn left through a red light.

Jacy’s life was tragically altered by a teenager who couldn’t put his phone away. Both of her parents died at the scene of the crash, and Jacy was barely kept alive by a paramedic who fortunately lived nearby. After being given a 10% chance of survival the night of the wreck, Jacy is alive to share her story (thanks in part to a healthy dose of titanium rods, plates, and screws), but due to a traumatic brain injury she is unable to use her left arm or lower leg and has minor lingering cognitive issues. Since then, Jacy, together with her now husband, Steve Johnson, have shared their story with 991 different audiences in 37 state. 3 countries and the United Nations (as well as on the Oprah Winfrey show).

Distracted driving involves more than just texting. Everyone is guilty of turning their attention away from the road momentarily to change a song or just check who is calling. While those distractions may be much shorter term than making a phone call or writing a text, taking your eyes off of the road for even a few seconds can be enough for tragedy to occur. We all have a duty to practice mindful driving by focusing on the task at hand – keeping yourself and those around you safe.

People die from crashes similar to Jacy’s every day. Every single day. That should be enough to stop you from texting or calling while driving. If it’s not enough, the next time you reach for your phone while driving take a moment to imagine how you would feel if you were the cause of an innocent person’s death. Imagine you just killed a newly married couple, as they were bringing their newborn baby home for the first time, simply because you needed to check the score of a baseball game. Imagine you just ended the life of a man in the military, on his way back from the airport to surprise his fiancé, because you wanted to take a video through your windshield. And it’s not just the dead who are the tragedies. So many more people are left with life-long disabilities. Imagine you hit a pedestrian, leaving her severely cognitively impaired after having been accepted to the law school of her dreams the week earlier, all because you were sending a text. How would you feel knowing you alone are responsible for all the suffering that will result from your carelessness? Jacy Good and Steve Johnson

Click this link to continue reading the rest of this amazing story of determination, survival, and resolve to help save others’ lives; watch their latest viral video here–“It Can Wait.”

This Clever Billboard for a Funeral Home Leaves Motorists Aghast

The billboard poster in the photo at left went up in the spring of 2016 next to the Gardiner Expressway in Toronto, Ontario, Canada. Most people say it is provocative in the extreme–blatantly urging drivers to text and drive as a way of drumming up business for the advertiser, Wathan Funeral Home.

But there is a method to the madness.

The billboard is actually a collaborative Public Service Announcement (PSA) by Montreal advertising agency John St. (“Our mission is to make our clients’ brands unignorable.”) and Cieslok Media. No, Wathan Funeral Home isn’t real. But up until recently, it did have a website where angry motorists who Googled the place were confronted with this message:

“If you’re here, you’ve probably seen our “Text and Drive” billboard. And if you have, you probably came to this website to tell us what horrible people we are for running an ad like that. And you’d be right. It is a horrible thing for a funeral home to do. But we’re not a funeral home.

We’re just trying to get Canadians to stop texting and driving, which is projected to kill more people in Ontario this year than drinking and driving. That’s right. More. And while most people won’t even think about drinking and driving, over half of Ontario drivers admit to reading texts while behind the wheel. That’s more than half of the drivers on the road today risking their lives, their passengers’ lives and the lives of their fellow motorists and pedestrians.”

Which should make you even madder than our billboard did.

“People see and hear the words, ‘Don’t text and drive’ almost every day, but the number of people doint it keeps going up and up,” says Mylene Savoie, managing director of John St. Montreal. “So we wanted to think of a different way of saying it that would make people think about the real consequences. Which is where ‘Text and drive’ came from.”

The only downside to this concept, some people would say, is that reading small print on billboards while driving can be a little distracting, too.

Editor’s Note: 2015–the year before the Text and Drive billboard was posted–was the third consecutive year in which driver distraction contributed to more road deaths than any other category on roads patrolled by the Ontaro Provincial Police, according to the Department.

(Portions of this story were obtained from an archived CNN News report dated May 12, 2016.)

Want to hear something scary?

These are scary statistics for everyone. A momentary lapse of attention on the part of a driver will impact everyone around them with devastating results. These effects can be seen portrayed dramatically in ads to raise awareness about cell phone use and driving.

“Stop the Texts, Stop the Wrecks”

Texting and driving is dangerous – that is a fact. Americans are highly aware of and concerned about the issue. More than nine in ten Americans believe sending (94%) and reading (91%) texts while driving is dangerous or very dangerous. And, while research shows that people are convinced that the behavior is dangerous, they are still doing it. There have been many efforts to educate and convey the potential consequences of texting and driving using scare tactics or preachy messaging. 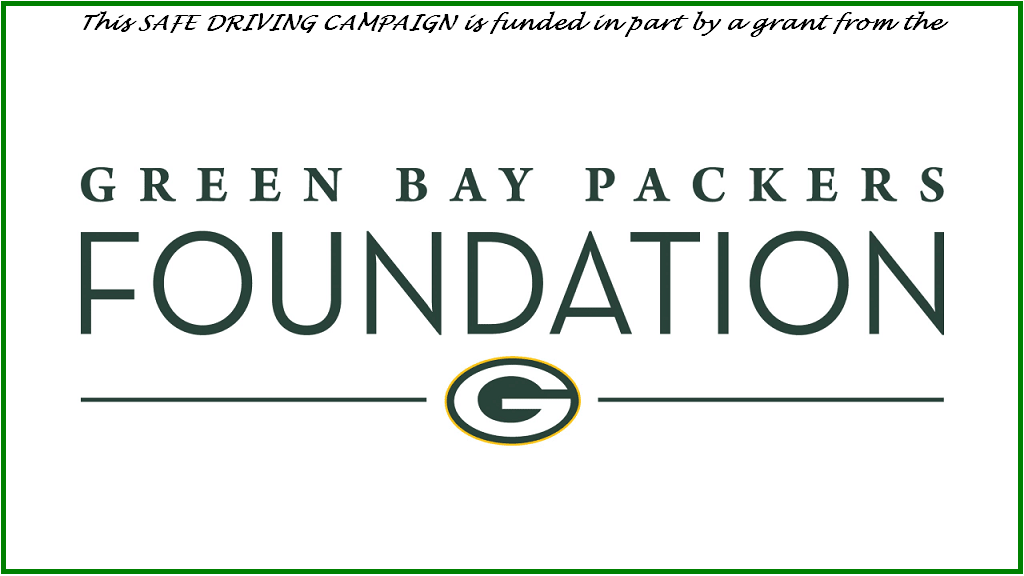 The Texting and Driving Prevention campaign by the Ad Council, the office of the State Attorneys General and the  (NHTSA) has produced a series of chilling videos, one showing a group of laughing teens in a car – the driver texting – while they come upon a mother and child crossing the street. It’s a video one could barely watch without cringing. Many other entities, both government and non-profit, are also producing advertisements aimed at scaring drivers into putting down the cell phones. Here’s one of them called “Manifesto” (warning: graphic footage).

The NHTSA website has an amazing collection of dozens and dozens of PSAs and television safety commercials–watch them all here.