Post-Tribune, Gary, IN – Bill Pelke’s grandmother was brutally murdered during a 1985 break-in at her home by Paula Cooper and three of her classmates from Lew Wallace High School. Cooper, 15 at the time, was the apparent leader in the booze and marijuana fueled attack that left the 78-year-old grandmother slashed and stabbed 33 times. For her role in the crime, Cooper was sentenced to death.

“When it first happened, it was so painful I couldn’t stand to think about it,” Pelke said. But about 18 months after his grandmother’s murder, as he was sitting in the crane he operated at the former Bethlehem Steel, Pelke came to the realization he had to let the hatred go.

“I no longer pictured how she died but how she lived. When I did, something tremendous happened,” Pelke said as he talked about forgiving Cooper. “Forgiveness should be a habit. It should be a way of life.”

Following that catharsis, Pelke spent the better part of the next 25 years advocating to save Cooper’s life and trying to eradicate the death penalty altogether. Pelke’s and Cooper’s story quickly gained international attention and fueled a petition bearing more than 2 million signatures demanding Cooper’s life be spared.

Ultimately, Cooper’s death sentence was commuted to 60 years in prison when the Supreme Court ruled it was illegal to execute anyone under the age of 18. That sentence was eventually reduced by about half for good time and education credit and she was released last month.

Pelke, who visited her 15 times while she was incarcerated, looks forward to seeing her even though he now lives in Alaska.

“I want to welcome her back to society, the free world. I want to reinforce: I will do whatever I can do to help her get a job. To me, it is very important she is successful,” Pelke said.

While perusing the Internet today one headline caught my eye. It stated that “unconditional forgiveness builds bitterness.” As Socrates might have said, “May we explore this?”

The blogger stated the following as arguments against unconditional forgiveness: 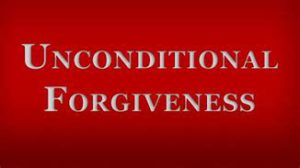 1. We are “hard-wired” for justice. Unconditional forgiveness does not allow justice to come forth.

Argument against this: The hidden assumptions behind this statement is that forgiveness and justice cancel each other. Either we forgive or we seek justice. Is this true? Why cannot we exercise both moral virtues at the same time: forgive and seek justice. Cannot we offer mercy to another who has smashed our car and then present him with the body shop bill?

2. To ask someone to forgive completely without an apology teaches the “forgiver” that justice is cheap.

Argument against this: One can seek justice without the other’s apology. As stated above, one can forgive without an apology. Apologies affect neither justice nor forgiveness. Both can occur without the offending person saying anything.

3. As the unconditional forgiver offers mercy without either an apology or the restoration of justice, she may become bitter.

Argument: Because one can

4. Because unconditional forgiveness might lead to one never talking to the offender, this kind of forgiveness is a private affair only, isolating forgiver and forgiven.

Argument: Even though unconditional forgiveness **might** lead to no talking, it is not **inevitable** that the two stop talking. Unconditional forgiveness does not place the condition of no-talking between the parties. One surely can unconditionally forgive and then approach the other with a sense of agape love, perhaps enhancing the dialogue, which could take place in bitterness if the other apologizes and yet still has made no recompense for the smashed car.