How can one reconcile with a NPD spouse, who has been emotionally and physically abusive and forced to leave?

June 19, 2021 directorifi No comments
Reconciliation involves trust and trust needs to be established slowly, especially when your spouse, who suffers from Narcissistic Personality Disorder (NPD), was forced to leave. Is your spouse interested in reconciling? If so, I strongly recommend that you see if your spouse is beginning to develop what I call “the 3 R’s” of remorse or inner sorrow, repentance or sincerely apologizing to you for the multiple offenses, and recompense or making up for the damage done within reason.
Further, those with narcissism need to be convinced that they have a problem and one possible opening for this is to see if your spouse is truly willing to understand and to practice humility, which is the direct opposite of a narcissistic pattern. You can read more on humility here:

Humility: What Can It Do for You? (This link will take you to my personal guidance column at Psychology Today.)

With perseverance from both of you, your spouse may slowly become convicted of the need for more humility and the practice of the 3 R’s. I wish you the best in this courageous journey.
Please follow and like us:

Can Group Forgiveness in Liberia Lead to Peace?

The head of the Liberia Forgiveness Education Program (LFEP) has been appointed by that country’s president to serve on a Special Presidential Committee that will mediate post-civil war land disputes that have recently become violent. The appointment provides a unique opportunity to test the potential effectiveness of Group Forgiveness interventions developed by Dr. Robert Enright, co-founder of the International Forgiveness Institute (IFI). 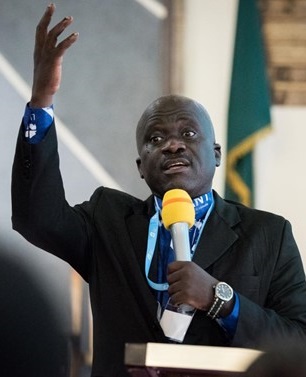 Bishop Kortu Brown was appointed last month to the Nimba County Conflict Resolution Committee by Liberian President Dr. George Manneh Weah. Bishop Brown, Chairman/CEO of Church Aid Inc. (CAI) has been National Coordinator of the LFEP since it was established by Dr. Enright nearly 10 years ago.

“The president of Liberia has asked me to participate in a national effort aimed at resolving land conflicts in one of Liberia’s troubled sub-political divisions,” Bishop Brown said of his recent appointment. “Nimba County has more than 500 land conflicts recorded so we hope that our work can help bring healing and reconciliation to this troubled area.”

The Nimba County conflicts are the aftermath of a horrendous 15-year civil war that resulted in the deaths of an estimated 250,000 Liberians between 1989 and 2004, the displacement of more than a million others from their homes, the overthrow of the government of the late President Samuel K. Doe who was assassinated in 1990, and the deployment of United Nations peacekeepers throughout the country. According to a Global News Network Liberia report, the US government has provided more than $2.4 billion in supporting Liberia’s post-war stabilization and development.

Unfortunately, the misery in Liberia did not stop with the end of the civil war. Between 2014 and 2016, more than 4,800 people died from Ebola in Liberia—the West African country hardest hit by the outbreak—and now the country of 4.8 million people is dealing with the deadly uncertainty of the coronavirus epidemic. According to the World Health Organization, Africa accounts for less than 1% of the coronavirus vaccine doses administered globally.

“There is a serious need to bring closure to the civil war and that means reconciliation through forgiveness,” Bishop Brown says, repeating what he has been espousing since becoming the head of the LFEP. “If Liberians will forge peace and reconciliation, they must forgive. Without forgiveness there will be no genuine reconciliation.”

Prior to becoming Liberia’s 25th president in 2018, George Manneh Weah was regarded as one of the greatest African footballers (soccer) of all time and was named African Player of the Century in 1996.

Dr. Enright has been working closely with Bishop Brown and other civic leaders in the West African country since Rev. Joseph Cheapoo, a native of Liberia, walked into Dr. Enright’s University of Wisconsin-Madison office in 2003 and bluntly asked, “Professor Enright, can you help me save my country?”

Rev. Cheapoo, who had fled his home country for the US to save his family during the civil war, agreed to head up the LFEP when he returned to Liberia in 2004. Sadly, Rev. Cheapoo unexpectedly passed away 8 years ago. Bishop Brown anxiously assumed leadership of the LFEP soon after.

“In light of his appointment by President Weah, I have suggested that Bishop Brown engage all Committee members in the Enright Group Forgiveness process before addressing the social conflict issues,” Dr. Enright says. “I suggested that approach, in all humility, because dialogue will not be fruitful if those engaging in the dialogue are still very angry about past grievances. Forgiveness is a scientifically-supported way of eliminating that anger.”

In response, Bishop Brown shared with Dr. Enright a draft strategy he has since developed for the Committee’s first working session that he calls “Reconciliation Through Forgiveness: A Program Concept for Community Bridge-Building.” Components of that strategy include:

“I think that interventions like the Enright Group Forgiveness process are critical to bringing peace and harmony to the communities we seek to serve in Liberia,” says Bishop Brown. In addition to being the General Overseer of the New Water in the Desert Apostolic Pentecostal Church in Brewerville and Chairman/CEO of Church Aid Inc., Bishop Brown is also president of both the Liberia Council of Churches (LLC) and the Inter-Religious Council of Liberia (IRCL).

“If this forgiveness initiative works as it did in our scientific studies, then resentments and hatred will be reduced, forgiveness will increase, and fruitful dialogue will commence,” Dr. Enright adds. “If forgiveness solves the entrenched group-to-group conflict in Liberia, that country will astonish the world with this new way of attaining peace.”

The Special Presidential Committee will conduct its first session in the next few days and is expected to report its formal recommendations to President Weah within 60 days. The Committee will be chaired by Liberia’s Minister of Internal Affairs while the Chairman of the Liberia Land Authority will serve as co-chairperson.

A New Strategy for Peace in the World. . .The Enright Group Forgiveness Inventory

Help spread forgiveness education, reconciliation and peace throughout Liberia, West Africa. Click the “Donate” button at the bottom of this page to become a hero to the children of Liberia. 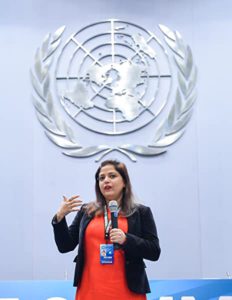 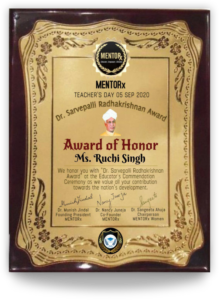