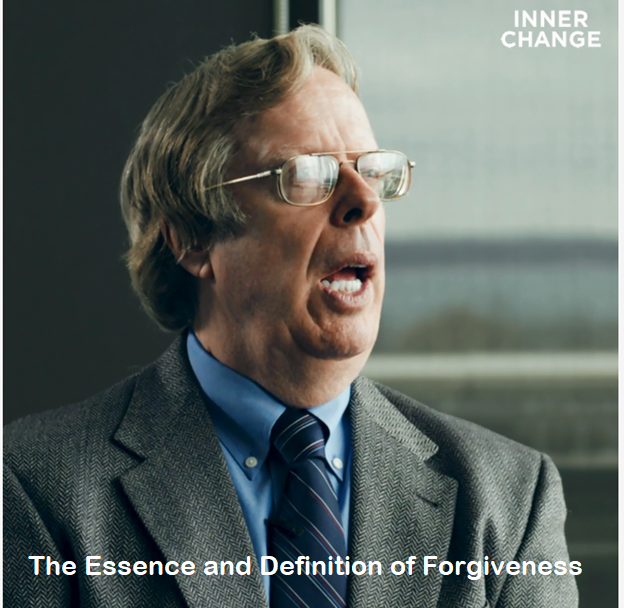 In case you missed it, you can now watch Dr. Robert Enright’s presentation during yesterday’s (Feb. 4) Greek Forgiveness Education webinar, on YouTube–for free. Details about the webinar can be found in the article posted immediately below this one.

The unique webinar was broadcast live via Zoom video conferencing from Greece. More than 4,500 individuals participated in the webinar or have watched the YouTube video since it was posted.

Dr. Enright, Professor of Educational Psychology at the University of Wisconsin-Madison and founder of the International Forgiveness Institute (IFI) was the featured presenter for the webinar. His topic, “The Healing Value of Forgiveness from the Aristotelian Philosophical Perspective,” has special significance in Greece because Greek philosophers like Aristotle not only helped shape the world some twenty centuries ago, but they are still very much alive in the principles underlying what is being taught in the country today.

“I have been relying on Aristotle for 35 years,” Dr. Enright said in his opening remarks during the webinar–the same length of time he has been studying the “moral virtue” (Aristotle’s term) of forgiveness. “The English translation of what Aristotle described as a moral virtue is ‘magnanimity’ or ‘largeness of heart,’” Dr. Enright added–what he calls the very essence of forgiveness.

The program for this one-of-a-kind free webinar includes presentations by:

The webinar has been organized by Dr. Peli Galiti, Ph.D., M.Ed., and her associates at the University of Athens (where she was previously a lecturer in the University’s School of Education) and the Aristotle University of Thessaloniki (A.U.Th.). For the past eight years, Dr. Galiti has been conducting Forgiveness Education training workshops for Greek teachers and for the past five years that training has been in collaboration with A.U.Th. During those eight years she has trained more than 600 teachers to use the Forgiveness Education Program which is now being taught to more than 6,000 Greek students.

The author of two books, Dr. Galiti has received funding for her work in Greece from the prestigious Stavros Niarchos Foundation, established by Stavros Spyros Niarchos, an Athens native who assembled and operated the largest shipping fleet in the world before his death in 1996. A descriptive video (4 min. 11 sec.) of the Greek Forgiveness Program is available at this YouTube link or you can visit the Greek Forgiveness Education website.

The International Forgiveness Institute’s widely-acclaimed Forgiveness Education Program was developed by Dr. Enright along with collaborating curriculum experts and experienced teachers. Using children’s story books (many by Dr. Seuss) and Social Emotional Learning (SEL) techniques, the Program teaches students about the five moral qualities most important to forgiving another person–inherent worth, moral love, kindness, respect and generosity. The Program is now being used in more than 30 countries around the world.

Additional Webinar Information: 1) Dr. Enright’s opening presentation will be delivered in English while the other three presentations will be in Greek with no English translation or subtitles; 2) The event will take place online on the ZOOM platform for free; 3) Registration must be completed by Tuesday, Feb. 2; and, 4) The link to the meeting will be sent to registered participants by e-mail on the eve of the event; and, 5) More than 700 people have already registered for the webinar.

CLICK HERE TO REGISTER FOR THE FREE FORGIVENESS WEBINAR

Registration Form Translations:
1. Last name:
2. First name:
3. Email address:
4. Questions(s) you would like to ask the speakers about forgiveness (optional):
5. Which speaker(s) should answer your question (optional):
6. I accept the Privacy Policy:
7. I would like to receive more information about similar events (I Agree/Disagree):

2020: A Record-Setting Year for Dr. Robert Enright and the International Forgiveness Institute

While “perseverance” and “grit” may  be apt descriptors for what turned out to be perhaps the most peculiar year in modern history, forgiveness researcher Dr. Robert Enright, founder of the International Forgiveness Institute, has a different take on 2020: “Without question, it turned out to be our most productive year since I began studying forgiveness three decades ago.”

To illustrate his point, the man Time magazine called “the forgiveness trailblazer,” rattled off the 11 scientifically-based manuscripts he and various team members completed and had published or accepted for publication during the year. Covering a wide range of cultural diversity, and encompassing studies in seven countries with both adult and child participants, those studies included (click title to read more):

In addition to his first love (scientific research on forgiveness, as evidenced by the list above), Dr. Enright developed and delivered targeted forgiveness presentations in the U.S. and around the world during 2020. His more noteworthy audiences included:

The activity doesn’t stop there. During 2020, Dr. Enright: