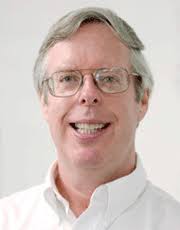 A Heroic Vision for Ireland’s Churches

On Sunday evening, January 27, Dr. Robert Enright gave two talks in Mullingar, Ireland, one to clergy from a variety of Christian denominations and the other to the townspeople. Rev. Alastair Graham of the Church of Ireland hosted the event and Fr. Thomas Kilroy was the master of ceremonies for the talk with the townspeople.

Dr. Enright addressed a capacity crowd at All Saints Church, discussing what forgiveness is, why forgive, how we forgive, and how we can give forgiveness away to others in home, school, and place of worship. The goal of the meetings was to being a conversation on how forgiveness might form the basis for more unity among the various denominations within Mullingar–primarily Catholic, Church of Ireland, Presbyterian, Christian Fellowship, and Pentecostal. This is a heroic vision because of the historical tensions among Christian groups on the Island of Ireland. Forgiveness might prove to be a central unifying factor.

ABC News reports that bullying behavior has claimed yet another victim, Amanda Todd, age 15, who apparently killed herself after years of struggling with being bullied. She chronicled her struggle on a YouTube video.

“This kind of tragedy must end,” says Dr. Robert Enright, founder of the International Forgiveness Institute (IFI). “To address this critical issue, we just recently have produced an Anti-Bullying Forgiveness Program focused on helping those who bully to forgive.”

Those who bully usually have pent-up anger, according to Dr. Enright, and they displace their own wounds onto others.

“Our program is meant to take the anger out of the heart of those who bully so that they no longer bully others,” Dr. Enright added. “We hope the IFI Anti-Bullying Forgiveness Program gets into as many schools, internationally, as possible.”

The IFI program is for children in grade 4 (age 9) through grade 9 (age 14) and is intended for use with those who are showing bullying behavior. The purpose of this guide is to help such students to forgive those who have deeply hurt them. Bullying behavior does not occur in a vacuum, Dr. Enright believes, but can result from deep inner rage, not resulting from those who are bullied but often from others who have hurt them in their family, school, or neighborhood.

“We have scientifically demonstrated that forgiveness can be a powerful way of reducing pent-up anger,” Dr. Enright says, referring to his 25 years of forgiveness study and research. “We believe that the competent use of our new guide will not only reduce–but also play a part in eliminating–bullying behavior. It is our contention that bullying starts from within, as anger, and comes out as displaced anger onto the victim. Forgiveness targets this anger and then reduces it, thus reducing or eliminating the displaced anger which comes out as bullying.”

The eight-week Anti-Bullying Forgiveness Program is available in the Store section of this website.

U.S. News and World Report – Author Angela Haupt reviews some of the latest scientific studies linking forgiveness to positive physical health. Dr. Enright’s book, The Forgiving Life, is featured as is a brief description of his forgiveness model.

According to the article, experts say that forgiving those who have wronged us helps lower blood pressure, cholesterol, and heart rate. One study found that forgiveness is associated with improved sleep quality, which has a strong effect on health. And Duke University researchers report a strong correlation between forgiveness and strengthened immunity among HIV-positive patients. The benefits aren’t just limited to the physical, either: Letting go of old grudges reduces levels of depression, anxiety, and anger. People who forgive tend to have better relationships, feel happier and more optimistic, and overall, enjoy better psychological well-being.

Read the full U.S. News and World Report story: How to Forgive, and Why You Should. The same article also appears in 9/2/12 issue of The Huffington Post.

How Forgiving Are You?

News item that could make a difference in your life: Did you know that Dr. Enright’s newly released book, The Forgiving Life, is being produced in conjunction with a major publisher of psychological scales and tests called Mind Garden? Mind Garden has set up on their website three forgiveness scales that are discussed in the book, The Forgiving Life. You can go on-line to MindGarden.com and fill out the forgiveness scales. Mind Garden then does all the work to score your responses and to let you know how forgiving or unforgiving you are toward any particular person. Mind Garden can then chart your progress in forgiving after you have worked through the process of forgiveness in the book.