Dr. Robert Enright, founder of the International Forgiveness Institute, is one of the featured speakers at the 50th International Eucharistic Congress (IEC) being held in Dublin, Ireland, from June 10-17.

A Eucharistic Congress is an international gathering of people which aims to promote an awareness of the central place of the Eucharist in the life and mission of the Catholic Church, to help improve understanding and celebration of the liturgy, and to draw attention to the social dimension of the Eucharist. Read more about the IEC.

In his session at the IEC on June 14, Dr. Enright will share a pathway to forgiveness that can help reduce anger and sadness and increase happiness despite injustices suffered in the world. This is the second consecutive year that Dr. Enright has been invited to present at the IEC. Read a description of Dr. Enright’s presentation.

Together with Prof. Geraldine Smyth, OP, (Irish School of Ecumenics, Dublin) Dr. Enright also presented “Becoming Eucharist for One Another through Forgiving” on June 7th during the Theology Symposium held at the Pontifical University of St. Patrick’s College, Maynooth, Ireland. The Symposium, held the week prior to the Eucharistic Congress, features scholars from across the disciplines of theology (scripture, systematics, moral theology, liturgy, pastoral studies, missiology, and ecumenics). Read more about the Symposium.

“We believe that forgiveness is a choice,” Dr. Robert Enright is quoted in the June 7 issue of the Madison Catholic Herald. “If you have been deeply hurt by another, you can choose to forgive rather than hold on to debilitating anger and resentment. In doing so, an amazing transformation begins.”

The founder of the International Forgiveness Institute, Dr. Enright, further explains, “When you forgive, you may benefit the person you forgive. But you benefit yourself far more. By liberating yourself from pain and sorrow, you can reclaim your life and find the peace that your anger had stolen.”

According to the article, Dr. Enright believes his new book, The Forgiving Life: A Pathway to Overcoming Resentment and Creating a Legacy of Love, is the “best work I’ve ever done.”

He is also beginning work on another book, The Church as Forgiving Community, to be published by Our Sunday Visitor. Cardinal Raymond Burke (Prefect of the Supreme Tribunal of the Apostolic Signatura in Rome who previously served as Archbishop of St. Louis, MO, and Bishop of La Crosse, WI) will be writing a chapter for this book, as will Bishop Robert C. Morlino of Madison, WI, and Bishop Salvatore Cordileone of Oakland, CA. 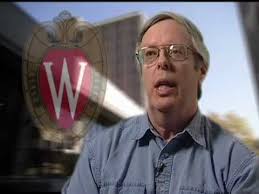 13 Quotes for Letting Go and Moving On

Words of wisdom from Dr. Enright, Martin Luther King, Jr., and others featured on Oprah.com in “13 Quotes for Letting Go and Moving On.”

Forgiving and Remembering in New Ways

Forgiveness Talk Across the Continents

On March 23, Dr. Bob gave a presentation via Skype to 100 people at St. Jude the Apostle Church in Dublin, Ireland. There was a simultaneous webinar broadcast to anyone in the world, which included people from the Midwestern United States, Ireland, the Philippines, and other venues. The feedback was that Ireland is in need of forgiveness for the healing of wounds old and new. Other Skype sessions like this inaugural one are being considered.