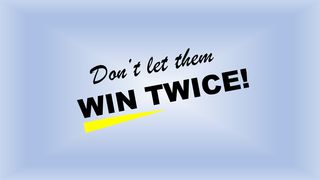 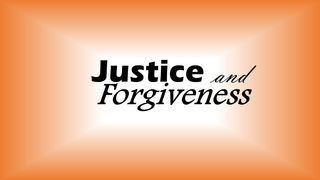 Excerpt from pages 37-38 of the book, The Forgiving Life by Dr. Robert Enright:
.

“Not everyone agrees that forgiveness is morally good. For example, in 1887,

Nietzsche said that only the weak forgive. In other words, if you have to keep a job, then you forgive. If you find another job, then you can boldly tell that boss where he can go as you strut out the door. Yet, is this philosopher Nietzsche talking about genuine forgiveness? I don’t think so.
.
To forgive is to deliberately offer goodness in the face of your own pain to the one who was unfair to you. This is an act of great courage, not weakness. Forgiveness—like justice or patience or kindness or love—is a virtue and all virtues are concerned with the exercise of goodness. It is always appropriate to be good to others, if you so choose and are ready to do so. As a caution,

if you have only $1 to feed a hungry child and you get a phone call to please give mercifully to the local animal shelter, you should not exercise goodness toward the shelter if it means depriving your child of basic needs. Yet, if the circumstances are right and if you have an honest motive to give mercy to someone who hurt you, then going ahead with forgiveness is morally good.
.
Why? Because you are freely offering kindness or respect or generosity or even love (or all four together) and this might change you and the other person and others in the world. Even if no one is changed by what you do, it is always good (given the right motivation and circumstance) to offer mercy in a world that seems to turn its collective back on such an act too often.”
.
Enright, Robert D. (2012-07-05). The Forgiving Life (APA Lifetools). American Psychological Association.
Please follow and like us:

Leaving a Legacy of Love in the World

Think about this: Long after you are gone, your love could be alive and well and living on this earth in the minds, hearts, and beings of others. You can begin to leave a legacy of love by how you live this very day. In all likelihood, you will meet others today. If your heart is filled with love rather than with bitterness, it will be much easier to pass that love to

others. Do you see why it is so important to forgive? You are given the joyous opportunity to shed bitterness and put love in its place for the one who hurt you and then more widely to many, many others, as you are freed to love more deeply and more widely. The meaning and purpose of your life are intimately tied to this decision to leave a legacy of love.

The 5 Protections of Forgiving

We now see forgiveness as a protection in at least five ways. As we forgive, we are protecting:

(A) our own emotional health;

(B) the human dignity of the offender, not because of what happened but in spite of it;

(C) our relationship if the other wants to reconcile;

(D) other family members, friends, and colleagues who are protected from our resentment; and

(E) our communities from on-going anger that can pervade neighborhoods, separate people, and leave a blight that depresses economies.

After all, communities continually in contention do not receive tourist dollars, and governments often turn away, even if subtly, from such communities with high rates of violence. To forgive is to serve, to love, and to protect.

What Is Your Goal When You Forgive?

Here is your multiple choice exam for the question above:

Please check all that apply to you.

How many did you choose and why?

If you had to choose only one which typically characterizes you, which one is that?

If you had to choose only one which you think is the morally highest reason for forgiving, which one would you choose?

On which of the nine choices do you need to train your mind and heart more strongly so that you can consistently see, appreciate, and practice this one?