What is one of the biggest impediments to forgiveness interventions in schools, homes, and organizations?

Having implemented research-based and service programs of forgiveness since about 1990, I can say that one of the most significant challenges is the quest for novelty, for that new, cutting edge activity that fills people with a short-term rush of enthusiasm.  When novelty becomes an end in and of itself, it is then that it becomes an impediment to the slow and steady build up of the moral virtue of forgiveness in hearts, homes, and communities.  This is the case because the newly popular can extinguish that which has been there for years.

The philosopher Blaise Pascal emphasized that one

of the major distractions to growing as persons is what he called diversion.  In his book, Pensees, Pascal spends a lot of time discussing this issue of diversion, or being so busy with whatever is preoccupying the person at present that there is no time to contemplate what is important in life.

Consider this quotation from  #171 in the Pensees: “The only thing which consoles us for our miseries is diversion, and yet this is the greatest of our miseries.  For it is this which principally hinders us from reflecting upon ourselves and which makes us insensibly ruin ourselves. Without this we should be in a state of weariness, and this weariness would spur us to seek a more solid means of escaping from it.  But diversion amuses us, and leads us unconsciously to death.”

So, even if a family or an organization or even a community discovers the beauty of forgiveness and implements it, then the challenge is this: How do we keep forgiveness present to us instead of latching on to the newest fad, the newest game, the newest social cause that will fade when the next newest-whatever emerges in about a year or two?

This idea of persevering in forgiveness is vital according to Aristotle, who reminds us that it takes much time and effort to grow in any of the moral virtues.

We start with questions about what it even means to forgive.  As we work out our misconceptions (it is not excusing or automatically reconciling with someone who is harmful), we then begin to practice forgiveness, applying it to those challenging situations in which we are treated unjustly.  This can occur in schools as well.  Yet, once the new mathematics textbook appears, or the new anti-bullying approach, or the new field trip guidelines, forgiveness as a part of schooling can quietly fade away, as a rowboat does, from the dock, as the moorings are slowing and imperceptibly loosened from the wooden piling.  Forgiveness can slowly drift out to sea without anyone even noticing.

The first step in persevering with forgiveness once it is planted in a group is to realize that it could very easily fade away.  This kind of consciousness must not be lost.  As a second strategy, we all need to take a lesson from Pascal and know that diversion is not necessarily our friend, especially when it comes to growing courageously in the moral virtues and then persevering in practicing them.

Long live forgiveness, even in the face of the temptation of adding more and more diversion into our lives.

How do I “acknowledge the other person’s humanity” when this person acts more like an animal than a person.  Sorry for such a negative statement, but this is how this person behaves.

Please keep in mind the distinction between what Aristotle described as each person’s “potentiality” compared with the person’s “actuality” in behaving in accord with the moral virtues.  The one you described as acting “like an animal” is not actualizing the potential for high level human behavior.  Yet, this person still has the “potentiality” to achieve this, with proper virtues education and encouragement by wise people.  As you see this potential, you are acknowledging the humanity in the other person. 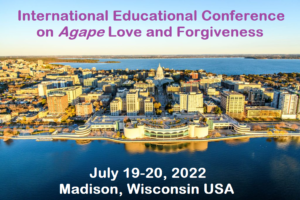 As I forgive, I am finding that my anger comes and goes.  I find this frustrating as I expected a straight line from anger to no anger.  Can you provide some perspective for me?

The philosopher from ancient Greece, Aristotle, reminds us that we are all imperfect when it comes to the expression of any of the moral virtues.  Therefore, please try to be gentle with yourself and to humbly accept that you will not have a perfect straight line from anger to no anger.  You certainly are not alone in this as the vast majority of us can experience a resurgence of anger.  At that point, it is good to go back a few steps in the forgiveness process and begin again to see the inherent worth in the one who hurt you, try to cultivate some empathy, bear the pain of this anger, and when you are ready consider a gift to the other (such as a smile or a kind word about the person to others).

Is it possible for someone to actually improve in forgiveness? If so, what do you suggest as some keys for me to do that?

Forgiveness is not a superficial action (such as saying, “It’s ok” when someone is unfair to you). Instead, it is a moral virtue, as is justice and kindness and love. Aristotle told us thousands of years ago that one challenge in life is to become more perfected in the virtues. In other words, we do grow more proficient in our understanding and expression of the virtues, but only if we practice them. It is a struggle to grow in any virtue, including forgiveness. So, first be aware that you can grow in this virtue. Then be willing to practice it, with the goal of maturing in love, which is what forgiveness is (loving those who are unkind to us). You need a strong will to keep persevering in the struggle to grow in forgiveness. In sum, you need: understanding of what forgiveness is, practice, a strong will, and keeping your eye fixed on the goal of improving in love a little more each day.