The “F Word” for Sexual Abuse Survivors: Is Forgiveness Possible?

Editor’s Note: Forgiveness for sexual abuse survivors is a sensitive and controversial subject that is being addressed by Suzanne Freedman, Ph.D., Professor of Educational Psychology at the University of Northern Iowa in Cedar Falls, Iowa. Dr. Freedman has studied and conducted forgiveness research with Dr. Robert Enright, founder of the International Forgiveness Institute. Her dissertation was a landmark study that was published in the Journal of Consulting and Clinical Psychology on Forgiveness with Incest Survivors. This is a summary of a blog Dr. Freedman wrote that was posted earlier this month on the website “And He Restoreth My Soul.”
To view the complete blog, click here.

The idea of forgiveness for sexual abuse survivors is often met with surprise, skepticism, and even horror. However, past research with forgiveness illustrates that forgiveness education and/or forgiveness counseling can be healing for those who have experienced past sexual abuse.

Results illustrated that post intervention individuals were more forgiving toward their abusers, had decreased anxiety and depression and increased hope for the future as well as greater self-esteem compared to those who had not experienced the forgiveness education and themselves preintervention (see Freedman & Enright, 1996). Research with other populations who have experienced deep hurt also illustrates increased forgiveness as well as greater psychological well-being post intervention.

When discussing the topic of forgiveness for survivors of sexual abuse, it is important to be clear about what exactly is meant by forgiveness, specifically what forgiveness is and is not. . .  According to Enright (2001) and North (1987), forgiveness can be defined as “a willingness to abandon one’s right to resentment, negative judgment, and negative behavior toward one who unjustly injured us, while fostering the undeserved qualities of compassion, generosity and sometimes even love toward him or her”.

Notice in the definition that one has a “right” to feel resentment because of the way she or he was injured and that the offender does not “deserve” our compassion and generosity based on his or her actions. Forgiveness can also be more simply defined as a decrease in negative thoughts, feelings and behaviors toward an offender and perhaps, over time, a gradual increase in more positive thoughts, feelings and sometimes even behaviors toward an offender can occur.

didn’t do anything wrong.” Of course, this is true but when one forgives, they are personally benefiting by freeing themselves of anger, bitterness, and resentment. . . . Forgiveness allows one to free themselves of negative feelings as well as find meaning in the worst of life’s event. It is also a selfless and compassionate act as one who forgives is helping to stop the cycle of revenge and hatred. Using a compassionate and generous heart to meet deep pain and hurt is one of the most difficult things to do. However, by doing so you are freeing yourself from the prison of anger and power the abuser has over you.

The points below illustrate how forgiveness is not the same as accepting or pardoning the sexual abuse, reconciliation, being weak, denying one’s anger or giving up, nor does it mean that justice cannot occur:

sexual abuse and incest. Forgiveness leads to decreases in stress, anger, anxiety and depression (Enright, 2001). People who are able to forgive also are more hopeful, optimistic, and compassionate towards others. Forgiveness has physical heath benefits as well. Research illustrates decreased blood pressure, muscle tension and headaches in those who have forgiven.

I wrote this blog to describe how forgiveness can be healing for individuals who have been deeply, personally and unfairly hurt by acts of sexual abuse and incest. Forgiveness is an individual choice, and as such, we need to offer that choice to survivors of sexual abuse by accurately informing them about what it means to forgive, including what forgiveness is and is not, as well as respecting and supporting them when they choose to forgive.

This is a summary of a blog by Dr. Suzanne Freedman that was posted earlier this month on the website “And He Restoreth My Soul.” To view the complete blog, click here.

For more information on how to go about forgiving and the benefits of forgiveness please check out the following resources: 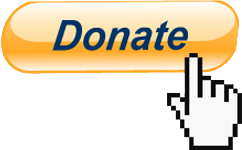