Shedding Light on “The Dark Side of Forgiveness”

On December 16 this year, I had an interview with Justin Ballis, writer for the London-based magazine, What the Doctors Don’t Tell You, that aims to provide evidence-based holistic solutions to illness. Mr. Ballis was one of the most informed interviewers on the topic of forgiveness whom I have ever encountered. The interview covered an impressively wide range of topics on forgiveness, one of which centered on criticisms leveled against the practice of forgiving those who hurt us. In his researching the skeptical views, Mr. Ballis came across a journal article on “the dark side of forgiveness” by Dr. James K. McNulty:

McNulty, J.K. (2011). The dark side of forgiveness: The tendency to forgive predicts continued psychological and physical aggression in marriage. Personality and Social Psychology Bulletin, 37, 770-783.

This discussion with Mr. Ballis got me thinking: If well-informed journalists are aware of Dr. McNulty’s article, then it is important to have a thoroughgoing critique of that work, which is flawed in many ways. So, with this in mind, here is an excerpt (chapter 14) from my book with Dr. Richard Fitzgibbons, Forgiveness Therapy (American Psychological Association, 2015), in which we examine the science behind this work:

McNulty (2011) claimed to have found scientific support for the view that forgiving within marriage perpetuates injustice. Seventy-two first-married couples took part in a survey in which they responded to hypothetical

situations regarding forgiveness. For example, one of the partners asks the other to mail a very important package which the other partner then forgets to do. On a 1-to-7 scale, the respondent reports the degree of forgiveness that he or she would offer to the forgetful spouse.  We have four criticisms of the study’s conclusions: a) The questionnaire was very short (five items); b) the questions were all hypothetical and not actual situations in the marriage; c) only one of the hypothetical scenarios is actually serious (an alleged affair), and d) the questionnaire simply asks the participant if he/she would forgive without ever defining the term. The forgetful spouse who failed to mail the package did not act with intent to harm. The one choosing to have an affair did. In other words, some respondents may be confusing genuine forgiveness with excusing or “letting go.”  This is a serious flaw to the work (failing to distinguish related but quite different terms) that could have been overcome by asking people what they mean when they use the word forgiveness. The findings could reflect this: Those who score high on this scale are doing the most excusing or condoning, which could make them vulnerable to further abuse. In other words, those who excuse may not seek a proper justice solution upon “forgiving.”

So, there is our critique. My conclusion? It is this: If there is a “dark side” to forgiveness, the above study is not the one to show it. 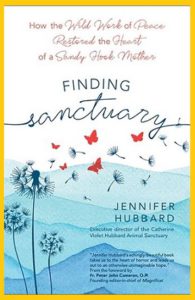 With Thanksgiving now under our belt and Christmas already being unwrapped, readers of the New York Times are being encouraged to make forgiveness an ongoing part of their holiday tradition.

An article in the Nov. 24 edition features Dr. Robert Enright and explains why forgiveness could be anyone’s “2021 holiday miracle.” The article, “This Thanksgiving, Please Pass the Forgiveness,” was written by four-time New York Times bestselling author Kelly Corrigan who is also host of the popular interview series Tell Me More on PBS.

“Dr. Robert Enright, co-founder of the International Forgiveness Institute, which develops curriculums for schools, defines forgiveness as simply ‘choosing to be good to those who are not good to us,’” according to the article. “He does not recommend adjudicating the hurt. Better to skip the picking over, the enumerating, the case-making. Direct your energy to this transformative move: recognizing the inherent worth in the other.”

To support her forgiveness-for-the-holidays premise, Corrigan says “there’s research showing a link between facing our own flaws and finding our way to forgive others.”

The research she sites is a 2013 study conducted by psychology professors at Sakarya University in Sakarya, Turkey, that liberally references the work of Dr. Enright and many of his forgiveness research associates including:

According to Corrigan, the painful conflicts that pass between family members over a lifetime often become inflamed during the holidays—but they don’t have to. She ends her article this way:

“If you’re looking for a 2021 holiday miracle, here’s a big one: At every Thanksgiving table, there are people who have managed to look past all kinds of wrongs, people who engage in a voluntary amnesty that marries an acceptance of our own flawed ordinariness and the truth that every last one of us is more than our most unjust behaviors. At every table, people are breaking bread, raising a glass, letting go.”

With more than 5.65 million paid subscribers to its digital (online) edition, the New York Times is one of the most widely read newspapers in the world. It has been a fixture of American print news for more than 150 years and has won far more Pulitzer Prizes (130) than any other media company in U.S. history.

I have calmed down a lot toward my ex-partner. Does this mean that I have forgiven him?

Forgiving is much more than just calming down.  This is the case because some people calm down because they have dismissed from their life the one who was unfair.  When a person calms down, there is not necessarily a sense of goodness toward the other, only an inner state that is no longer angry.  Forgiveness is an active virtue of trying to be good to those who were not good to the forgiver.  A calm inner world is not necessarily that.

I just do not have the confidence to forgive one of my parents from issues of long ago. I keep telling myself that I will not be able to get it done. What can you suggest to me that might boost my confidence?

First, I suggest that you look back on your life to concrete examples of your forgiving others. Have you had at least one successful attempt in your past? If so, you have shown yourself that you can forgive.

Once you have successfully practiced forgiveness on these two people, keep in mind the path that you walked and now apply it to your parent. The practice may give you the confidence you need.