TEACHERS: GET TO THE HEART OF LEARNING

May 31, 2021 directorifi No comments
As you begin to read about and consider different SEL programs for your students for the 2021-2022 school year, we want you to know about FORGIVENESS

EDUCATION–what it consists of and looks like, how you can easily teach it, and the benefits of forgiveness education for your students and your school.
.

The International Forgiveness Institute (IFI) has a variety of curriculums available for all grades from pre-k through 12th grade. Our most recent one is, The Courage to Forgive: Educating Elementary School Children About Forgiveness..

Grade school educators, counselors, and homeschooling parents now have a new resource available to help teach their 4th and 5th grade students (ages 9-12) about forgiveness. Serving either as a Social-Emotional Learning or a Character-Education curriculum, the focus is on what forgiveness is, is not, what forgiveness looks like, and the basic concepts associated with forgiveness, including kindness, empathy, perspective-taking, and healthy expression of anger. 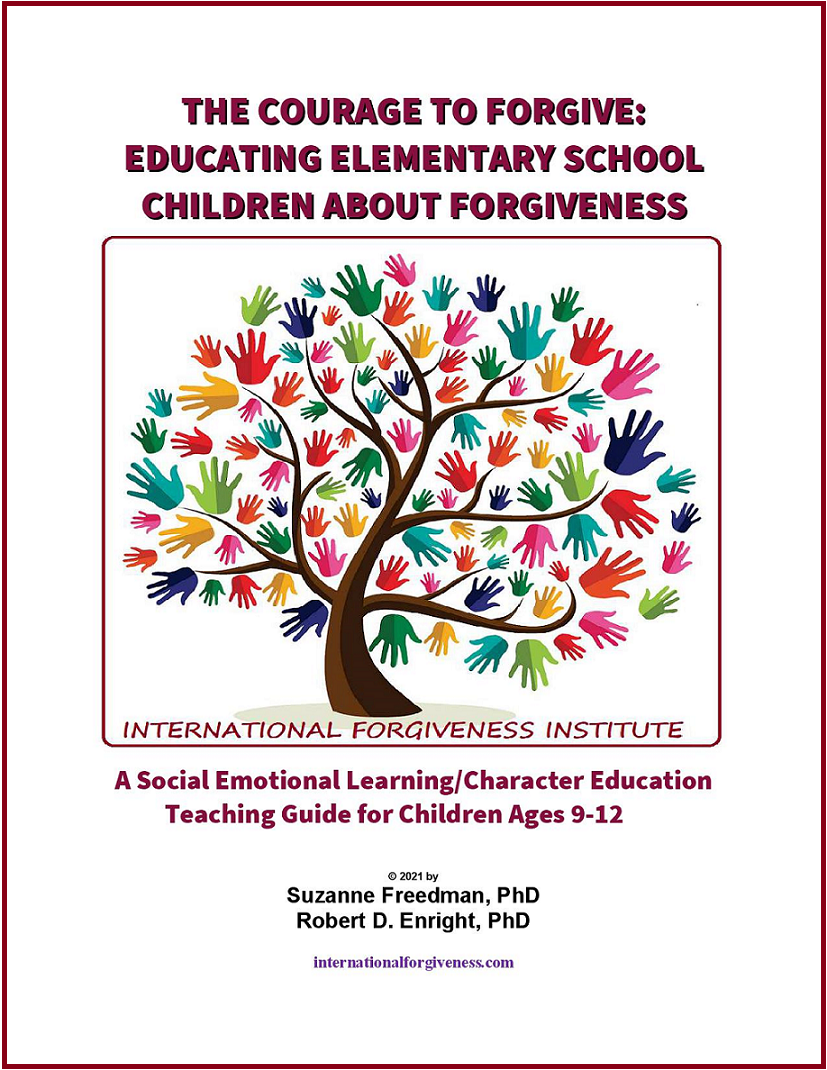 character education principles into its 16-lessons. Each lesson in the 64-page guide is approximately 45-minutes in length and lessons include a variety of activities for students to complete, group and individual discussion questions to reflect on and answer, and even an opportunity for students to write their own book about forgiveness. One life-long teacher was so impressed after previewing the guide that she called it her “character education handbook.”

This new curriculum includes the model of forgiveness developed by Dr. Robert Enright, as well as techniques honed by Dr. Suzanne Freedman during her 2015 research with 5th grade students in a racially-diverse Midwestern school. Selected children’s books, such as, The Forgiveness Garden by Lauren Thompson, Each Kindness by Jacqueline Woodson and Let’s Talk about Race by Julius Lester are used to teach and illustrate forgiveness and related concepts. Book summaries and online videos of the books are included with the curriculum guide.

As stated by Dr. Freedman in the introduction to the curriculum, “It is hard for students to forgive if they don’t know about forgiveness or see examples of it. The children’s literature used in this curriculum illustrates what forgiveness looks like, what’s involved in forgiving and the impact of forgiveness for both the characters who do the forgiving and those who receive it.

“Helping students develop empathy toward others is a key strategy not only in character-building but in bullying prevention and intervention,” according to Dr. Freedman. “It is critical that we help kids develop empathy early in their lives and this curriculum guide is a great way to do that. Plus, the short sessions using children’s literature are fun for the kids so they are eager to learn.” 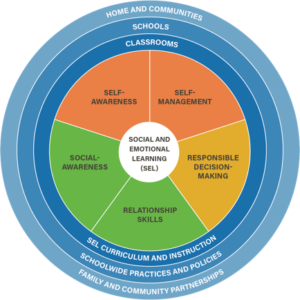 Although this curriculum was written specifically with 4th and 5th grade students in mind, it can be used with older (middle school students) or younger students, since activities can be modified as necessary. Even adults will find the curriculum helpful in their understanding and practice of forgiveness.

“SEL programs are being recognized as an important part of the school curriculum for all students,” Dr. Freedman adds. “In this guide, SEL is incorporated with Forgiveness Education in order to teach students how to recognize and express anger and other emotions in a healthy way, understand the perspective of others, and recognize the humanity in all.”

The following quote illustrates how one 5th grade student benefited from learning about forgiveness:

For more information about the curriculum, read the full 15-page introduction to the guide.

For more information about the research behind this curriculum guide, read The Impact of Using Children’s Literature to Teach 5th Graders about Forgiveness.