A common comment I hear from students in my university course on interpersonal forgiveness is that forgiveness is more complicated than people realize. It may not be the same notion of forgiveness preached by one’s parents or a religious leader. It goes beyond just saying the words, “I’m sorry” or “I forgive you.” Although we often ask for forgiveness for minor injuries, forgiveness occurs in the context of deep, personal and unfair hurt (Smedes, 1996, The Art of Forgiving).

This article originally appeared in the June 2021 issue of SEL in Action, “a newsletter written for educators, by educators to share real world stories, questions, ideas and opinions about how to address the social and emotional needs of students and the adults who teach them.” Social-emotional learning (SEL) is the process of developing the self-awareness, self-control, and interpersonal skills that are vital for school, work, and life success. 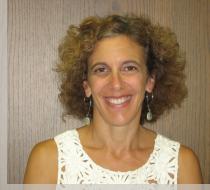 The Value of Forgiveness

“2020 brought plenty to be angry about. There’s been a global pandemic, a national reckoning with racial injustice, an economic crisis and a presidential election – all of it debated each day on social media. But University of Northern Iowa (UNI) education professor Suzanne Freedman, who has specialized in forgiveness research over nearly three decades, says now may be a good time to remember the benefits of forgiveness, empathy and understanding.”

EDITOR’S NOTE: Offsetting his dreary assessment of this unusual year with a final note of optimism, writer Steve Schmadeke used the paragraph above to set the stage for an informative article about the benefits of forgiveness that was printed last week in the online periodical INSIDE UNI. The article featured the forgiveness philosophy of Dr. Suzanne Freedman, a UNI professor of human development who is also a former graduate student and long-time research associate of Dr. Robert Enright, founder of the International Forgiveness Institute. Here are some of Dr. Freedman’s pronouncements as quoted in the UNI article:

What are the benefits of forgiveness?

I am often asked, “Why should I forgive?” and my response is always the same: “What’s the alternative?” Although forgiveness cannot undo the injury or damage, it allows us to move forward in our lives free from the negative effects of anger, hatred and resentment. It offers us a way to heal while still acknowledging that what happened to us was wrong, unfair and extremely hurtful.

Research has found that benefits of forgiveness for children, adolescents and adults include greater psychological and physical well-being, including decreases in anger, anxiety and depression. It also shows increases in hope, self-esteem, feelings of peace, improved relationships and academic achievement for students in school, as well as decreases in blood pressure, headaches and stress.

How does forgiveness deal with anger?

We have a right to feel resentment and anger. Many people criticize forgiveness because they mistakenly believe that anger is not part of the process. In fact, the opposite is true. We need to express our anger before we can forgive. Forgiveness involves admitting that one has been hurt, working through the feelings related to that hurt and then moving beyond them. The other important point is that the offender does not deserve our compassion because of their hurtful actions. However, we give it nevertheless.

Is self-forgiveness a real thing?

This can be hurt you have suffered due to your own actions. People who find self-forgiveness may be less likely to engage in self-destructive behavior or even hurt others.

Our society needs to do a better job of helping people realize that they can move on from their worst pains or actions. When individuals view themselves from the lens of only their hurtful behavior, they are not recognizing the fact that all human beings have inherent worth. Forgiving yourself will make it easier for individuals to become more forgiving of others, too.

Read the full UNI article: The Value of Forgiveness

ABOUT DR. SUZANNE FREEDMAN:
A professor of human development at the University of Northern Iowa, Dr. Freedman earned both her Masters Degree and Ph.D. from the University of Wisconsin-Madison where she studied under and conducted research with Dr. Robert Enright. Her dissertation was a landmark study that was published in the Journal of Consulting and Clinical Psychology: Forgiveness as an Intervention Goal with Incest Survivors.

At the University of Northern Iowa, Dr. Freedman teaches a variety of development courses including Studies in Forgiveness–an online, continuing education course designed primarily for upper-class psychology, counseling, and clinical students preparing to work with clients as helping professionals.

Dr. Freedman can be reached at freedman@uni.edu

Forgiveness education, with its focus on recognizing and validating students’ anger as well as teaching students to express emotions in a healthy way, understand the perspective of others, recognize the humanity in all, and increase empathy and compassion, is one form of social-emotional learning that is currently being investigated by researchers (Enright., Knutson, Holter., Baskin, & Knutson, 2007; Freedman, 2018).

Ten students reported that learning about forgiveness helped them know more about “being nice and showing kindness to others”. Specific comments included, “Even if people you know are mean to you, you can still be nice to them. Don’t be mean to others”; “It helped me be nicer to my brother and friends”; and “You could always give a person that is mean to you a second chance because maybe the person that is being mean is having a bad day or got in an argument with their best friend”.