Tagged: “break free from the past”

It seems to me that a safer approach when treated unfairly is to engage in Cognitive Behavioral Therapy and not forgiveness.  Forgiveness invites an unwanted guest back into the heart.  Cognitive Behavioral Therapy, in contrast, helps me to think in new ways so that I do not condemn myself for letting the injustice happen and it helps me keep my distance from the one who hurt me.

Research does show that Cognitive Behavioral Therapy as a psychotherapeutic technique can be helpful in changing one’s attitude toward difficult situations, but it may not be as effective as Forgiveness Therapy in getting rid of the elephant in the room which is deep, excessive anger that just won’t quit.  Forgiveness Therapy has been shown to be very effective against the effects of trauma suffered because of others’ injustice.  Forgiveness Therapy can take time and is a struggle because you are growing in the important virtue of having mercy on those who did not have mercy on you.  Yet, the effort is worth it because the toxic anger can be reduced and eliminated.  Some residual anger can remain, but it does not control the one who forgives.

I will try to be brief.

Speed.  You can see it in the driving as the very rare few people actually adhere to the posted speed limit these days.

Speed.  Have you seen those commercials on the Internet, promising you weight loss at night as you sleep if you take a certain kind of pill?  At night?  With no exercise?  And immediate results?

Speed.  I have seen such statements as, “Forgive in 6 easy steps.”

Speed.  It is in contradiction to what it means to grow as a person.  To grow as a person is to slowly improve in the virtues, first identified by Plato as justice, or giving your best with your gifted qualities so that the community is better off and in harmony with others.  This takes time to develop your gifted qualities.  Forgiveness, as a moral virtue, is crafted with three things: practice, practice, practice.  It takes effort and time and struggle to be good to those who are not good to you.  It even takes time to deeply understand what forgiveness is and what it is not so that you do not confuse it with excusing wrongdoing or automatically reconciling or throwing justice under the bus.  There is no such thing as the forgiveness pill that will reduce resentment as you sleep.

Speed and forgiveness.  I have come to realize that they are not compatible and so I am concerned about the new norms of speed, shifting focus quickly, and a lack of required attention.  The

new norms may be getting in the way of our forgiving well and therefore of living well with others.

I say in my classes at the university: Whenever you try to improve something, you always create a new problem.  Do not see only the improvement but also scrutinize the new problem to see if the new improvement is worth embracing.  We have quickened our world as we get to destinations faster by car,  as we see what presents our friend in a distant land got in the birthday party today, as we are entertained with a 10-second video……..but what is the problem created?  We are in danger of becoming way too superficial, way too unfocused, way too unchallenged, and miss perseverance, miss growing in the moral virtue of forgiveness, and miss the golden opportunity of growing in our humanity and in assisting others in such growth.

Speed has its place.  It just should not have primacy of place. 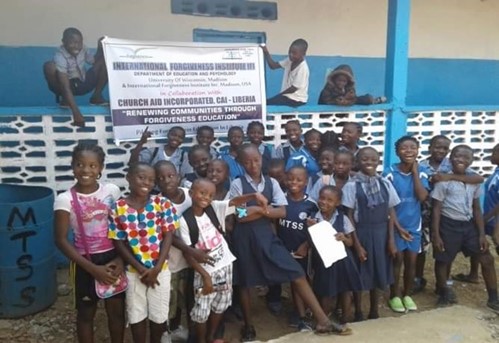 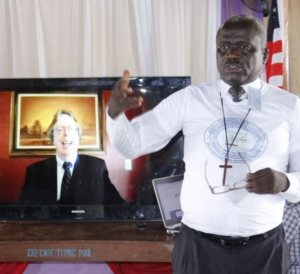