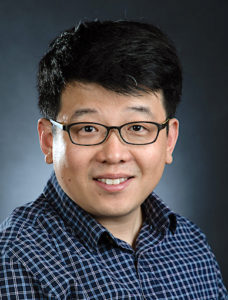 A School Anti-Bullying Program That Works!

No one argues about the need to stop bullying in schools. Bullying’s adverse effects not only impact the child when the bullying occurs but typically impact a victim’s health and emotions throughout the person’s lifetime (see “The Impact of Bullying” box below).

That reality has become a growing topic of concern in the academic community with bullying being cited as a universal problem in countries around the world. Over the past several decades, literally hundreds of school-wide anti-bullying programs have been developed and implemented. That raises the question, of course: Do school antibullying programs work?

The typical answer from those professionals studying that question is: “Not so well. We need to do better.”

And sure enough, that’s the inauspicious conclusion of a just-completed systematic review of  scientific publications covering the past 20 years. According to the study, Whole‐school Antibullying Interventions,  a full 50% of all the school programs reviewed  failed to “show significant effects on bullying prevalence” or  found negative results including an actual increase in bullying.

The study, published in April by the peer-reviewed journal Psychology in the Schools,  was conducted by university researchers in Brazil. While their study found that anti-bullying interventions resulted in increased reporting of bullying occurrences (with resultant increases in the use of punitive discipline), at the same time many of the programs failed totally–primarily due to inadequate time for training and implementation as well as lack of support.

Those findings come as no surprise to many psychologists. In fact, the report actually documented and reinforced what educational psychologist Dr. Jichan J. Kim first reported more than four years ago in his University of Wisconsin-Madison doctoral thesis: The Effectiveness of a Forgiveness Intervention Program on Reducing Adolescents’ Bullying Behavior.

Dr. Kim’s thesis includes a 29-page literature review in which he documents the unusually large number of research projects demonstrating the ineffectiveness of most school-wide anti-bullying programs including:

Despite all the negative assessments he uncovered, Dr. Kim believes there is one approach that might be effective–helping adolescents exhibiting bullying behavior to forgive those who have offended them in the past. That approach, Dr. Kim says, is still not widely used and is, therefore, still not a compelling component of the scientific literature although he is confident it “can be beneficial.”

That intervention approach, in fact, is  the one advocated in The Anti-Bullying Forgiveness Program developed more than 8 years ago by Dr. Robert Enright, founder of the International Forgiveness Institute. The program not only incorporates lessons-learned from Dr. Enright’s more than 40-years of forgiveness research, it also integrates the scientifically-quantifiable forgiveness process he developed and , perhaps most importantly, it focuses directly on the one doing the bullying.

“Those who bully usually have pent-up anger and as a result they displace their own wounds onto others,” Dr. Enright explains. “Our program is meant to take the anger out of the heart of those who bully so that they no longer bully others.”

Dr. Enright says his research has taught him to take an approach that may seem counter-intuitive today, but will appear obvious to many in the future: “Yes, help the victim, but also help the one who is bullying to get rid of his or her anger, which is fueling the bullying. Those who bully have been victimized by others. Help them to reduce their resentment toward those who were the victimizers and the bullying behavior will melt away.”

Dr. Jichan J. Kim is a South Korean native who studied under Dr. Enright for four years at the University of Wisconsin-Madison where he earned both his Masters and Ph.D. degrees in Educational Psychology while at the same time pursuing research projects that led Dr. Enright to call him “one of the most prolific graduate assistants I’ve ever instructed.”

During those four years, the two researchers worked together to conduct numerous forgiveness-related research projects including a study that explored how graduate-level theology students in South Korea perceived the difference between divine forgiveness and human forgiveness. The results of that project were published just last month in the Journal of Spirituality in Mental Health.

After graduation, Dr. Kim left UW-Madison to become Assistant Professor of Psychology at Liberty University in Lynchburg, VA–a world-class Christian university founded by Dr. Jerry Falwell who gained international fame as an advisor to world leaders and who was named one of the 25 Most Influential People in America by U.S. News & World Report in 1983. Liberty University is one of the largest Christian universities in the world with more than 15,000 students attending classes on campus and more than 94,000 students taking courses through Liberty University Online.

At Liberty University, Dr. Kim teaches Introduction to Research, Directed Research, and Psychology and Christianity. In Spring 2020, he is teaching a
semester-long, special topics course in forgiveness,
for which he is very excited. He is also leading a Psychology Study Abroad Trip to South Korea in June 2020 where students will learn about: 1) the aspects of a collectivistic culture in contrast to an American individualistic culture; and, 2) how that culture views forgiveness and reconciliation.

The full course load complements Dr. Kim’s research activities. Since leaving UW-Madison three years ago, Dr. Kim has become even more intricately involved in forgiveness research and forgiveness education both in the US and in his home country of South Korea. His research and studies, for example, have:

“I give special thanks to Dr. Enright for introducing to me the beauty of forgiveness. I owe him a great deal and I will try my best to follow in his footsteps through a life dedicated to driving out hatred through forgiving love.”
Dr. Jichan J. Kim

Dr. Kim and his wife, Jieun, have three children–Yewon (Arianna), Juwon (Aiden), and Sungwon (Joseph). For the past several years, Dr. Kim has financially supported the International Forgiveness Institute with an automatic monthly donation through PayPal. He says he has two favorite quotes he tries to live by: