How can one go about convincing someone that reconciliation is not a sacrifice but instead is a benefit? 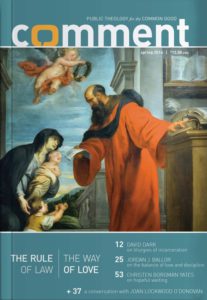 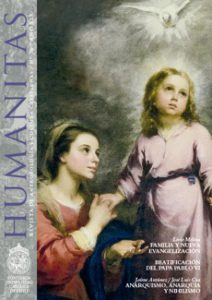 A pioneering research study conducted with primary and secondary teachers and students in Spain has support for Dr. Robert Enright’s ideas on anti-bullying, which offers forgiveness education to those who do the bullying. His original Anti-Bullying Forgiveness Program is available on our website.

Two recommendations in the study in Spain are these:

1) That school administrators “incorporate education in forgiveness into bullying prevention programs;” and,

2) That “forgiveness-based education, as an empirically supported approach to reducing anger, may be one of the answers to peace within conflict zones and societies.”

The study, Evaluation of the effectiveness and satisfaction of the “Learning to Forgive” program for the prevention of bullying, was published this month in the Electronic Journal of Research in Educational Psychology. It was conducted by psychologists at the University of Murcia—one of the largest and oldest universities in Spain (established in 1272)—with technical and procedural guidance from Dr. Enright himself.

The “Learning to Forgive” program that was the focal point of the new study, was inspired by The Anti-Bullying Forgiveness Program developed by Dr. Enright in 2012 based on his now more than 35 years of research into forgiveness. Forgiveness education as a way of reducing excessive anger has been tested and used for more than 17 years in schools located in places such as Belfast, Northern Ireland, and more recently in Monrovia, Liberia (West Africa), Iran, and Pakistan.

The purpose of the antibullying forgiveness program is to help students, who bully others, to forgive those who have deeply hurt them. It is based on the understand that bullying behavior does not occur in a vacuum, but instead often results from a deep internal rage that is not originally targeted toward the victims of those who bully. In other words, those who bully oftentimes are displacing their built-up anger onto unsuspecting others.

To help those who bully to forgive is to reduce the excessive anger that can be a direct motivation for hurting others. In this way forgiveness can be a powerful approach to reducing repressed anger and eliminating bullying behavior.

“This program tries to change the typical understanding, often incomplete, that we usually have about forgiveness,” according to the study in Spain. “With a deeper understanding about what forgiveness is, then the students may show less resentment, fewer relationship breaks, and less unpleasant emotions over time. Teaching young people this more complete view of forgiveness might avoid, in the words of Enright himself, many sufferings in adulthood.”

In Study 2 participants noted “high satisfaction with the program and that it had helped them forgive in a remarkable way. In line with other studies, it is recommended to incorporate education in forgiveness into bullying prevention programs.”

According to the study authors, their research as well as other studies indicate that “forgiveness is a protective factor against emotional problems and prevents victims of harassment from now demonstrating bullying behavior toward others.” They also recommended adding in-depth modules for adults who could then provide in-home reinforcement in helping students achieve and maintain their forgiveness-related skills.

“The results of these two pioneering studies in Spain on the ‘Learning to Forgive’ Program inspired by the research of Robert Enright and his team show positive results, both in teachers and students,” the report concludes. “The promotion of interventions based on empathy, compassion, and forgiveness contribute to sowing the path of peaceful coexistence.”

Read the complete English translation of the Spanish bullying-prevention study.

Read the complete Spanish version of the study.

How are forgiveness, mercy, and love related?

All three are moral virtues.  Agape is the over-arching virtue out of which forgiveness emerges.  Mercy does not necessarily emerge out of agape because mercy does not always require serving others through one’s own pain, as occurs in agape.  The judge who shows mercy to a defendant by reducing a deserved sentence is not necessarily suffering in love for that defendant.  Thus, not all aspects of mercy flow from agape.  Forgiveness includes a number of virtues such as patience, kindness, and having mercy on others who behave badly.  So, forgiveness is a specific part of agape.  Forgiveness includes mercy, but mercy is not an over-arching virtue out of which forgiveness emerges.  That distinction belongs to agape.

How is forgiveness related to love?

There are other examples of agape that do not include forgiveness.  For example, a mother who is up all night with a sick child is showing agape because this is difficult and necessary and she does so out of goodness for her child.  Forgiveness can occur exclusively in the human heart as the forgiver sees the hurtful other as possessing inherent worth and commits to the betterment of the other.  In agape, there is the action within the human heart and mind, but in addition, there is the action of deliberately assisting people in need.