A New Approach to Reducing Depression 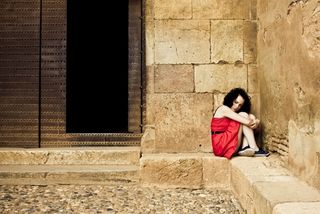 Psychological depression occurs in at least 25% of all primary care patients in the United States and yet only about one-third of these are diagnosed as depressed.  Mental illness is not an isolated issue but is associated with such physical compromise as obesity, cardiovascular disease, diabetes, and cancer (American Psychological Association, 2017).  It is estimated that over 14 million people in the United States suffer from major depressive disorder (Depression and Bipolar Support Alliance, 2017).

The good news is that depression is a highly treatable disorder with medication and with such psychological approaches as Cognitive Behavioral Therapy (recognizing and stopping maladaptive thinking and replacing this with more adaptive thoughts and behaviors),  Mindfulness Therapy (being present to the symptoms and not letting troublesome thoughts drift to the past or future), and Behavioral Therapy (engaging in rewarding behaviors).

A new approach, Forgiveness Therapy, focuses on a sequence that is not a common practice in contemporary psychotherapies:

The takeaway message from the above sequence is this: For some people, depression is not the only issue to be treated. Instead there

are three other, central issues too often missed with traditional therapies: injustice(s) that happen but are not confronted; the emotional pain that ensues; and most importantly for Forgiveness Therapy, the unhealthy anger that fuels the depression in some people.

If you only focus on current medication or current thoughts or current symptoms, you may miss the actual cause of the depression, which could be a build-up of the unhealthy anger caused by emotional pain caused by injustice.

Forgiveness Therapy starts by examining the injustices in your life that may be compromising that life now.  Some people are surprised to learn that they still carry the emotional wounds, for example, from being bullied on the school playground, or being belittled by a parent years ago, or not being given a chance in the workplace when just starting out.  It is this kind of injustice that has to be uncovered and identified as hurtful in the present.

Next comes the challenge of admitting the depth of one’s anger. The norms of contemporary society, that good people do not get deeply angry, can get in the way of this identification, but it is vital to go more deeply than these norms to see if, in fact, the anger is deep,

lingering, and harmful.  When unresolved anger from the past mixes with contemporary challenges, then the anger can intensify, compromising one’s well-being and thus leading to depressive symptoms.

At this point, a person may be ready to try to forgive because of this insight: My unhealthy anger is destructive for me.  To forgive is to start the process of being good to those who are not good to you.  It starts with the insight that the other is more than what he or she did to me.  We share a common humanity.  We even might share a common woundedness in that the person wounded me out of his or her own woundedness. Such insights can lead to a softer heart toward the other, which reduces anger to manageable levels, which can lead to a reduction in depressive symptoms.  The more that the unhealthy anger lessens, the more the depression can be reduced (Enright & Fitzgibbons, 2015; Freedman & Enright, 1996; Lin, Mack, Enright, Krahn, & Baskin, 2004).

Forgiveness Therapy is not a substitute for medication or for the implementation of other psychotherapies such as CBT.  Forgiveness Therapy can come alongside these well-tested approaches and give you added strength to deal with the depression and to reduce it to manageable levels.  Forgiveness Therapy is not for everyone.  Some just do not want to consider the paradox of offering kindness toward the unkind.  This form of therapy needs to be willingly chosen by the client.  It is new but tested both scientifically and clinically, and it works.

Do you have injustices, even from your distant past, that are getting in the way of your happiness?  If you start the process of forgiving those who have been cruel to you, perhaps the depression not only will be managed but reduced to a degree that may surprise you.