An eight-nation study designed to test the applicability and sensitivity of the new short form of the Enright Forgiveness Inventory, the EFI-30, has demonstrated that the new instrument is a reliable and valid research tool that can be used across widely diverse cultures. 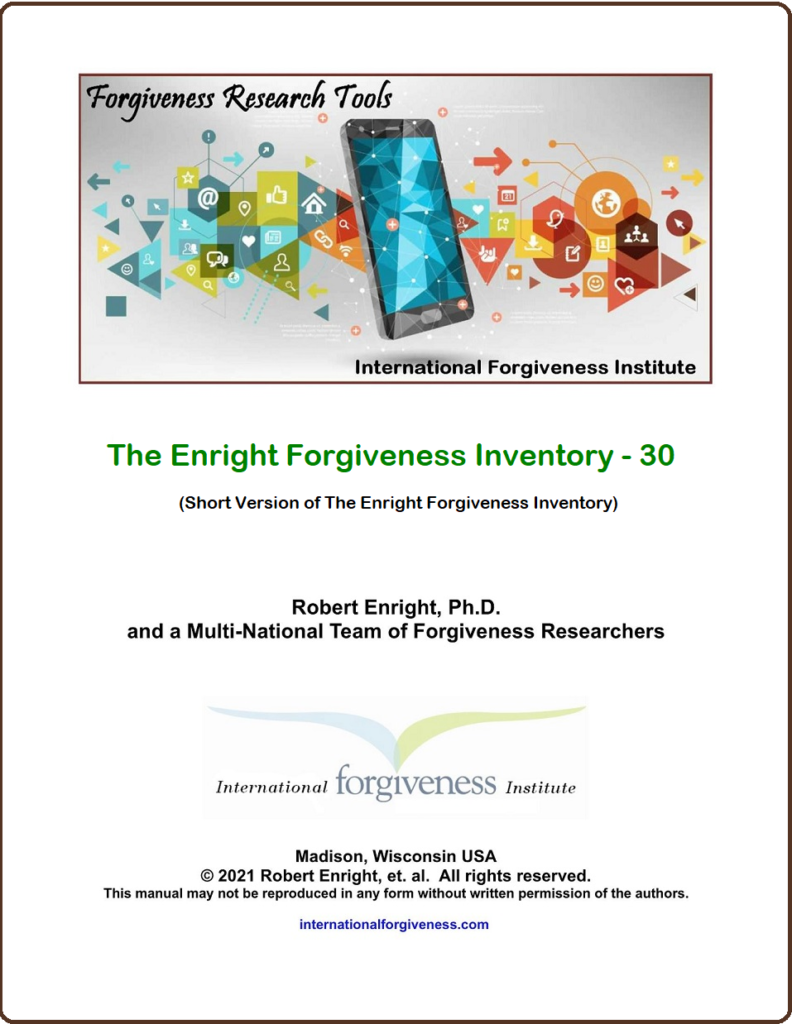 After its development in 1995, the EFI quickly became a central component of forgiveness research both in the U.S. and internationally. It has been translated from English (original language) into Brazilian-Portuguese, Chinese, German, Hebrew, Korean, Dutch, and other languages. Its reliability and validity have been exhibited in Master’s theses, doctoral dissertations, and empirical articles published around the world.

The new study, Validating the Enright Forgiveness Inventory-30, was published this month in the European Journal of Psychological Assessment. It outlines the process and rationale used by the study’s authors to create a shorter version of the EFI (30 items instead of the original 60) that could convey the same meaningful information on the degree of interpersonal forgiveness across the domains of affect, behavior, and cognition. In other words, they developed a smaller, less time-consuming scale that is still accurate and reliable.

Data from the U.S. were used in the creation of the new measure and applied to seven other countries: Austria, Brazil, Israel, South Korea, Norway, Pakistan, and Taiwan. Results from the study provided the psychometric evidence for the reduced version of the EFI-30 across cultures.     (NOTE: psychometrics is the branch of psychology that deals with the design, administration, and interpretation of quantitative tests for the measurement of psychological variables such as intelligence, aptitude, and personality traits.) 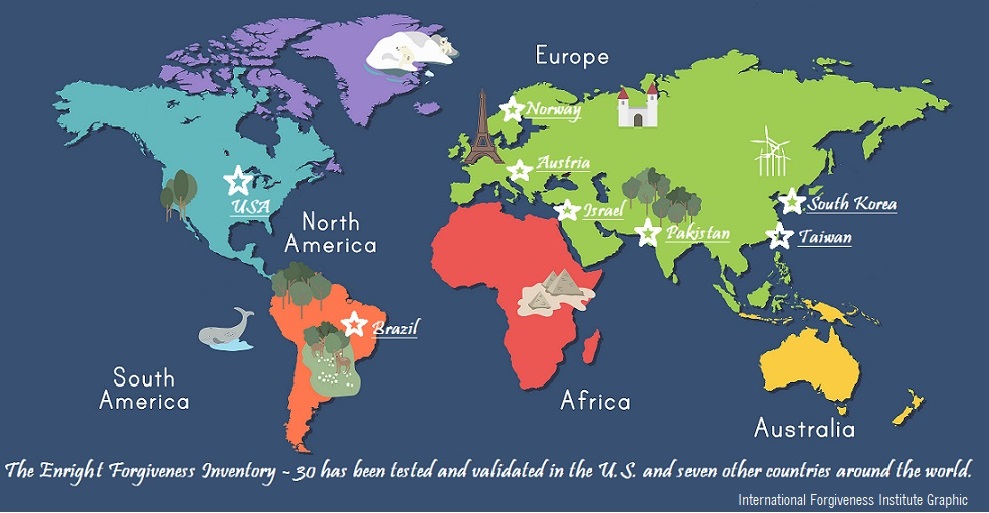 “While the EFI is particularly relevant when it accurately assesses people with low degrees of forgiveness,” Dr. Enright said in comparing the two research tools, “the EFI-30 has still demonstrated its effectiveness to distinguish particular cultural social norms that apply to the behavioral expression of forgiveness.”