Rosemary Kite, founder and president of Forgive4Peace (2008-2018), has been selected to receive the International Forgiveness Institute’s (IFI’s) Healing Hearts Hero award. The award recognizes individuals who have developed collaborative partnerships with the IFI and its co-founder Dr. Robert Enright in order to promote the virtue of forgiveness on an international basis.

Formerly called Possumus International, the organization was created in 2008 with what Rosemary calls “the desire to overcome evil through a superabundance of good. And what better good could be provided to the world than instruction on how to exercise mercy towards one another, bridging the way to peace by teaching the importance and value of forgiveness at home, at school, and at work.” 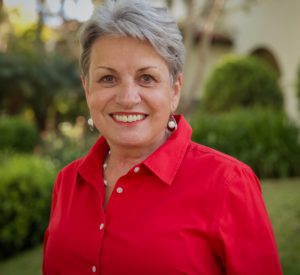 Shortly after its founding, Possumus International (Latin for the words “we can”) became a 2009 Charter Member of the National September 11th Memorial and Museum. Then Rosemary and her colleagues initiated an annual “Family, Friends and Forgiveness” essay competition for girls 10-14 years old with the winners awarded camp scholarships.

In 2013, after learning about and wanting to be a part of the empowering work of the IFI, Rosemary established a “Families and Forgiveness” program that incorporated lessons from Dr. Enright’s           A Family Guide to Forgiveness Education into private home settings.

Since then, Rosemary and Dr. Enright have collaborated on school Forgiveness Education projects around the world including those in: 1) Inner City Milwaukee, Wisconsin; 2) Belfast, Northern Ireland; 3) Liberia, West Africa; and, 4) the West Bank, Israel. 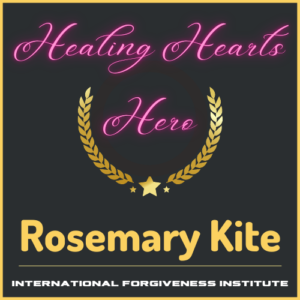 “Rosemary is a fabulous ambassador for forgiveness who has continually impressed me from the first day I met her,” according to Dr. Enright. “She is constantly trying to raise awareness of the importance and value of forgiveness in one’s everyday life. She definitely knows how to heal hearts through forgiveness.”

In her 2019 guest blog for this website, The Art and Science of Forgiveness,  Rosemary wrote:

“The art and science of forgiveness suggests that the best medicine we can possibly take to improve our physical, psychological, social, and spiritual health, is forgiveness. Forgiveness is like the pill that offers the deepest healing of the wounds that fester in the human heart.”

Elsewhere she says: “As everyone who has ever had to forgive knows, every act of forgiveness begins with an injustice.  We have wounded hearts all around us, everywhere we go. Why not try to be a healing heart to those we come across in our paths daily?”

Rosemary, who has a BA from California State University in San Francisco, has devoted her professional career to educational endeavors in the non-profit sector, primarily through the education of women and girls.