What is the first thing that comes to mind when you hear the phrase “one million?” 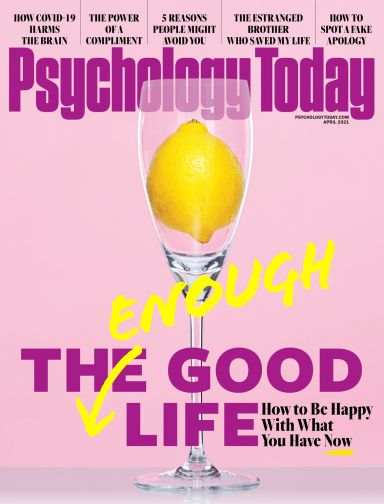 The bimonthly Psychology Today magazine has a circulation of 250,000 and has been continuously published for 54 years.

For Dr. Robert Enright, the psychologist who is often called “the father of forgiveness research,” the term one million gained a new significance recently when he learned that the blog column he writes for Psychology Today has surpassed one million views.

“When I first began studying forgiveness      36-years ago, it was extremely difficult to find even one single academic article on the subject,” says Dr. Enright. “The fact that my blog essays have been read more than one million times during the past few years is an extraordinary story of how important forgiveness has become in our lives.”

Appropriately called “The Forgiving Life,” (the same title as one of Dr. Enright’s most popular books), the Psychology Today column authored by Dr. Enright focuses on how forgiveness benefits individual, family, and community health. At the publication’s request, Dr. Enright wrote his first Psychology Today forgiveness essay in December 2016. Since then, he has written 93 blog entries as part of the series, all of which are available on the publication’s website.

Dr. Enright’s Psychology Today blogs have been accessed online an average of
548 times per day since he began writing them.

Here is a list of 10 of Dr. Enright’s most popular Psychology Today blogs (with hyperlinks to the actual articles):

“My Psychology Today essays are designed to pose a challenge to everyone who reads them,” Dr. Enright says. “I want readers to consider whether they can incorporate forgiveness into their everyday interactions so that they can become more compassionate while at the same time becoming healthier. I call it becoming forgivingly fit.”

You can access all 93 of Dr. Enright’s Psychology Today blogs at The Forgiving Life.

A stack of one million $1 bills would rise skyward to a height taller than the Statue of Liberty.

According to the website’s Author Profile page:

Robert Enright, Ph.D., is a professor of educational psychology at the University of Wisconsin-Madison, a licensed psychologist, and the founding board member of the International Forgiveness Institute, Inc., who pioneered the social scientific study of forgiveness. He is the author of over 120 publications, including seven books: Exploring Forgiveness, Helping Clients Forgive, Forgiveness Is a Choice, Rising Above the Storm Clouds (for children), The Forgiving Life, 8 Keys to Forgiveness, and Forgiveness Therapy. His colleagues and he have developed and tested a pathway to forgiveness, called Forgiveness Therapy, that has helped incest survivors, people in drug rehabilitation, in hospice, in shelters for abused women, and in cardiac units of hospitals, among others. Enright has developed Forgiveness Education programs for teachers in Belfast, Northern Ireland, Athens, Greece, Liberia, Africa, and Galilee, Israel.