Misconceptions and distortions are nothing new to most professionals—particularly to the professionals who employ forgiveness interventions and forgiveness therapy. Since the first empirically based study on person-to-person forgiveness was published in the social sciences (Enright et al., 1989), there has been vigorous debate on exactly what forgiveness is and is not.

That debate has generally been positive and helpful in the overall evolution of forgiveness from a simple concept (and primarily a religious credo) to a vitally important mental health approach for many people who have been victimized. At the same time, there still are a few in the mental health professions who are criticizing forgiveness with some good points but also with some errors.

Those who dispense misinformation about forgiveness prevent many individuals from
choosing forgiveness when they could truly benefit from deep emotional recovery.

Dr. Enright, co-founder of the International Forgiveness Institute (IFI) and the man labeled “the

forgiveness trailblazer” by Time magazine, has been using scientific research methods to study forgiveness for more than 35 years. Whenever he learns about an inaccurate or erroneous premise that is being circulated, he tries to address it head-on. That’s exactly what he did just this week by factually countering an essay published on Feb. 20 in Psychology Today.

The essay, “Why Forgiveness Isn’t Required in Trauma Recovery,” was written by a Chicago psychotherapist who is also a speaker and author. While acknowledging that “I’ve witnessed the benefits of forgiveness for many of my clients,” the author’s main contention is that “forgiveness is potentially problematic when incorporated into trauma treatment.”

While Dr. Enright says he has heard all those erroneous assertions before, he quickly drafted his own essay providing fact-based and true-to-life counter arguments for each of the claims. His goal in doing so, he says, was not to heavily criticize, but instead “to protect the integrity of a genuine process of forgiveness, free of confusions of what forgiveness is and is not.”

Dr. Enright’s critique of the original essay was published on Feb. 26 by Psychology Today. While the publication gave his clarifying discourse the same title as the original Feb. 20 article, it added a significant subtitle, “Why Forgiveness Isn’t Required in Trauma Recovery: Published misconceptions of forgiveness may discourage people from trying it.”

The blog essay by “the father of forgiveness research” (the title bestowed on Dr. Enright by The 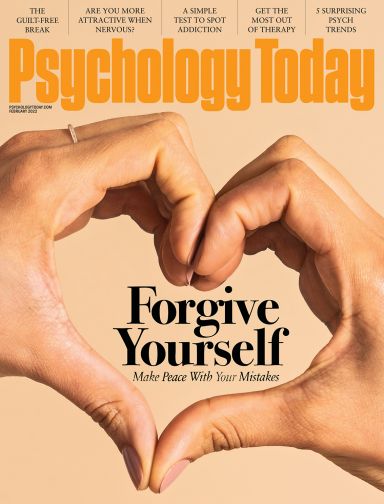 Christian Science Monitor) provides 5 succinct and factual responses to the original article’s 5 contentions. It also clarifies two points on which he agrees with the article: 1) “forgiveness after unjust behaviors is not necessarily for everyone;” and, 2) “as a moral virtue, forgiveness never ever should be forced onto anyone.”

Dr. Enright is no stranger to Psychology Today. In fact, in the past 5 years he has penned nearly 100 blog essays as part of his own dedicated column for the publication’s website called “The Forgiving Life.” Those blog posts have been accessed online more than a million times–an average of 548 times per day since he began writing them.

According to Dr. Enright, he will continue his efforts to provide information to Psychology Today readers and he will continue to clarify points when there appear to be misunderstandings about forgiveness and forgiveness therapy so that both therapists and clients can make informed decisions.